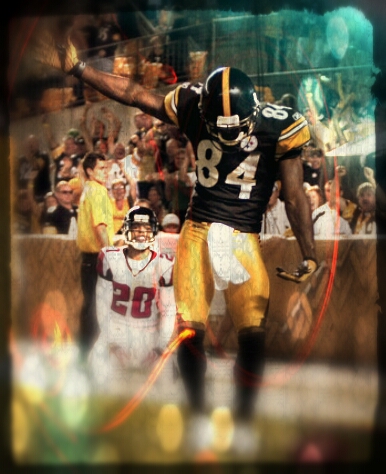 NFL Network confirmed on Wednesday what many Steelers fans had already predicted – that receiver Antonio Brown was worthy of making the Top Ten of the sports network’s Top 100 Players list for 2015.  Brown was ranked the number eight player in the league as voted by fellow NFL players.  It is the second time Brown has been selected to the list, ranking at number 23 in 2013.

The Dapper Dan Sportsman of the Year award winner, Brown spent the 2014 NFL season in high gear.  He recorded a minimum of one reception in 72 straight games, setting a single season Steelers record 129 receptions and 1,698 yards on his way to leading all other receivers in the league.  His performance also earned him a 2014 All-AFC and All-NFL selection from the Pro Football Writers of America.  Brown was named the AFC Offensive Player of the Month in December and the Special Teams Player of the Week for his performance in Week 17 against the Cincinnati Bengals.

Players in the league have voted the past five years for the NFL series they are airing on NFL Network.  Brown joins teammates Le’Veon Bell (no. 16), Ben Roethlisberger (no. 26) and Maurkice Pouncey (no. 83) on the list for 2015.