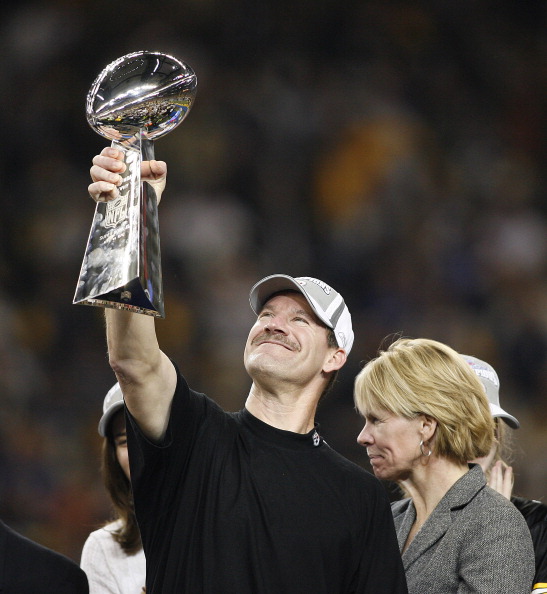 82 years ago today the greatest football franchise was founded by the late and great Arthur Joseph Rooney.

Yes, today is the Steelers ‘official’ birthday as a team.

The club was originally called the ‘Pirates’ but became the Steelers in 1940, and after a little back and forth became the ‘Steelers’ for good in 1945.

The ownership of the Steelers has remained within the Rooney family since its founding, and Dan Rooney is currently the clubs owner, though most of the work is done by President Art Rooney II.

It all began 82 years ago today. On July 8, 1933, the fifth oldest NFL franchise was founded by Arthur Joseph Rooney. Originally called the Pittsburgh Pirates, the team became members of the Eastern Division of the then 10-team NFL. Since their founding the Steelers have won 6 Super Bowls, 8 Conference Championships, 21 Division Championships, and have had 28 playoff appearances.

It never escapes me how blessed I am to be a part of the winningest and one of the most storied franchises. Not only do we have exceptional leadership and championship hardware, but we have the best fans in the NFL, bar none. ?#?SteelerNation?, I’m lookin at you.

I have met some life long brothers on this team and have embraced the city of Pittsburgh as home. I take pride in wearing the black and gold and can’t wait to continue to carry out the championship tradition every time I wear that ?#?Steelers? uniform. Happy birthday, Steelers. It’s an honor. Let’s get this 7!

Here’s John Facenda talking on a little piece on the team which came out for the franchises 50th anniversary in 1983:

A video on the Steelers having their own wing in the Pro Football Hall of Fame: