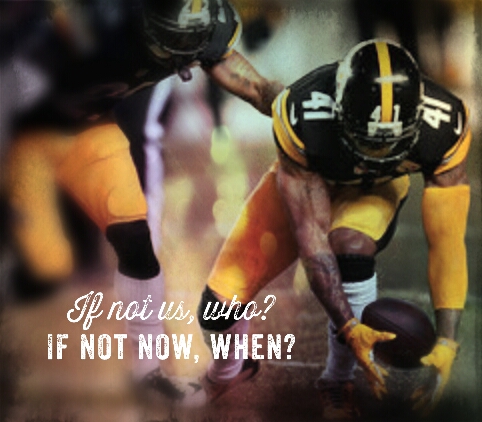 Following the 2015 NFL Draft, the cornerback position is still an area of focus as the Pittsburgh Steelers head into training camp at Saint Vincent College beginning on Saturday, July 25 – the 50th year the Steelers have trained at the location.  The players’ first practice will take place on Sunday and the challenge to figure out which corners have come to compete for starting roster position.  Although William Gay and Cortez Allen are seen as early favorites to take the top two spots, training camp generally illustrates any flaws in not only physical readiness, but the level of mental preparation the individual has made as well.

Allen found himself something of a goat after a bad showing in the first half of the 2014 regular season while Gay surprised many by returning to the team after a one-season absence and returned each of his three interceptions for touchdowns.  With the departure of Ike Taylor, Gay looks to be the veteran that will be counted on to provide the most leadership in 2015.  That is nearly a 180-degree turn from what Steelers fans felt about Gay in 2012.  After showing his willingness to do what it took to keep the defense in the game and coaching staff happy, Allen could make good use of Gay’s example.

Give Allen credit for not striking out via social media or to sports outlets after he was benched and for making off-season admissions that he was ready to correct shortcomings.  His biggest issues last season were in his playing technique and a lack of confidence.  Allen bit on misread cues from opposing receivers, allowed himself to hesitate to make plays and spent time out of position as a result.  In his exit interview following last season, Allen said, “You have to remember, in a sense, what transpires in order to grow from it…I’ll do that and I’ll make the corrections.”  Allen left Pittsburgh to train in Florida during the off-season.  When he returned for OTAs, expectations rose for a better 2015 season.

In advance of minicamp in June, defensive backs coach Carnell Lake had a conversation with Ray Fittipaldo of the Post-Gazette explaining that he would be holding nothing back when it came to challenging his players.  Lake told Fittipaldo that the way he was raised in the league began his rookie season with a baptism of sorts.  “From day one, I was thrown in the fire,” said Lake.  “You make a lot of mistakes.  If you can correct those quickly, and make some plays while you’re doing it, you can stay around a while.”

Lake spoke on Allen’s confidence level and struggles.  “(Cortez) had a string of injuries and then he’s had some games where he hasn’t played well,” said Lake.  “You add all those factors in and it starts to wear at your confidence.  You might have the same ability, but if you’re not playing with confidence, you’re not playing aggressively.  Usually, you’re getting beat if you’re a passive corner.”

Allen received a contract extension in 2014 and training camp will be a litmus test as to how far he has come.  If he can return to the aggressive way he went to the ball early in his career, maintaining his position with dominance, he will likely come out of camp beside Gay as the top two corners the Steelers will field.

Antwon Blake saw his stock rise rapidly in place of Allen, showing an aggressive, hard-hitting style.  Blake played bigger than his 5-feet-9-inches, ending the season ranked third on the team in passes defended.  Although he was often used in rotation with Gay and Brice McCain, who has since signed with the Miami Dolphins, Steelers fans saw a fire in the young corner that gave them a bit of relief when Pittsburgh faced teams that utilized a deep-pass offense.

B.W. Webb came to the Steelers after being drafted in the fourth round of the 2013 NFL Draft by the Dallas Cowboys.  Webb was mainly used in zone coverage but showed potential as a nickel corner.  Webb will likely have a tough battle as the Steelers spent two picks this year on cornerbacks – Senquez Golson and Doran Grant.  The Steelers also picked up Kevin Fogg who spent 2014 in the Fall Experimental Football League (FXFL).

Golson, a speedy ball hawk recently won an ESPY award with his University of Mississippi (Ole Miss) teammates for “Best Comeback” and has shown quick reaction time and the ability to read the open field.  Despite being a bit undersized, he loves to play tight coverage and use an unexpected vertical ability to make big plays.  In 2014, Golson grabbed ten interceptions while playing in the ever-tough SEC.

Grant was a major contributor to Ohio State’s push to the 2015 BCS championship, playing like a pro despite having a quiet demeanor.  His leadership skills were counted on from the Buckeyes and that is undoubtedly something that Lake will hone and polish at camp.

Fogg was an All-American kick returner in college, a skill the Steelers could use as they search for a boost in their overall special teams play.  Although he has good instincts, many feel Fogg will battle with Webb for the final cornerback spot.

The Steelers have kept as many as six cornerbacks on their active roster, but the only way a seventh would remain on the final 53 would be if they were used solely on special teams.  It is more probable that Pittsburgh will hold on to five or six and with Golson and Grant practically guaranteed to earn a nod due to their draft selection.  That places the type of pressure on the rest of the group to prove to Lake that they not only want to be with the team, but that they are prepared to do whatever it takes to be successful.

Checkdown Audible: Too Soon To Label Steelers As Next Dynasty
The “Biggest Gut-Punch Loss” in Steelers History? More Than a Few to Choose From