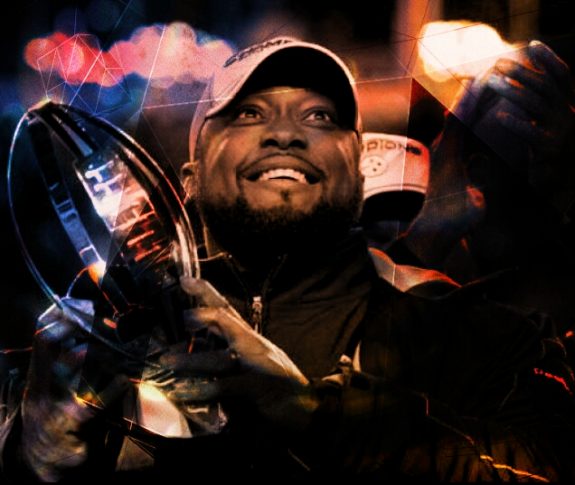 On Thursday, the Pittsburgh Steelers officially announced that they have extended head coach Mike Tomlin’s contract for an additional two years, keeping him with the team through the 2018 season.

“I am pleased to announce we have extended Mike Tomlin’s contract through the 2018 season,” said Steelers’ President Art Rooney II. “Mike has proven he is one of the top head coaches in the National Football League, and we are confident he will continue to lead the team in our pursuit of another Super Bowl championship.” 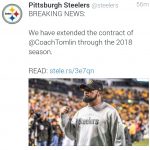 At 43, Tomlin enters his ninth season as head coach with Pittsburgh after entering the NFL as the youngest in league history to win a Super Bowl in his second season (Super Bowl XLIII).

“I very much appreciate this contract extension, but my sole focus has been and will continue to be meeting the challenges that lie ahead for the 2015 season,” Tomlin said. “These past nine years in Pittsburgh have been a wonderful experience for my family, and I look forward to pursuing what is the Steelers’ goal every year – bringing another Super Bowl championship to the City of Pittsburgh.”

Tomlin by the numbers:

(Article originally posted on Examiner by this author; reused with permission)

Goodell Says He Didn’t Hear RB Bell’s Appeal; Has No Timetable on a Decision
Steelers WR Brown Ranks 29th in the NFL’s Top 50 in Merchandise Sales