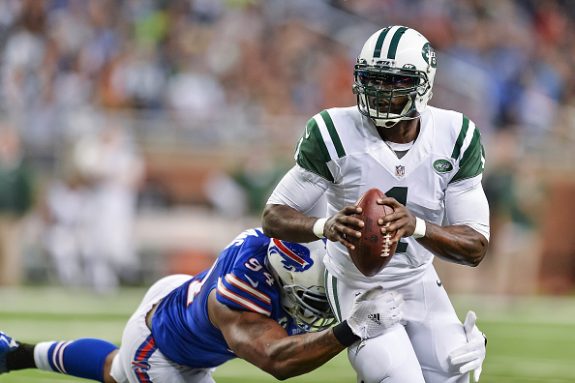 The Steelers have made it official, as today the team announced they have inked veteran quarterback Michael Vick to a one-year contract. Vick will step in as the teams backup QB for Bruce Gradkowski, who was placed on the team’s Reserve/Injured List.

The former first-round pick of the Falcons comes with plenty of baggage from his arrest years back on a dog fighting charge, but has stayed out of trouble since his release from prison.

Vick enters his 13th season, and played with the Falcons, then the Eagles and spent one season with the New York Jets.