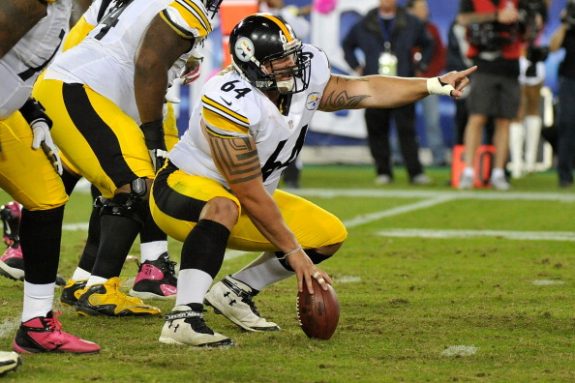 The Steelers has brought back one of its pieces from it’s 2010 Super Bowl squad, inking center Doug Legursky.

It’s a good signing for the team, as Legursky started 17 games for the Steelers from 2009 to ’12, including their Super Bowl XLV loss in Dallas.

All-Pro Pouncey had surgery to repair a broken bone in his ankle/lower leg area, it’s not known if he’s going to be able to come back in 2015 or not.

Receiver David Nelson was placed on injured reserve in the corresponding move.