Checkdown Audible: Headsets Not Issue In Loss To Pats From Steelers 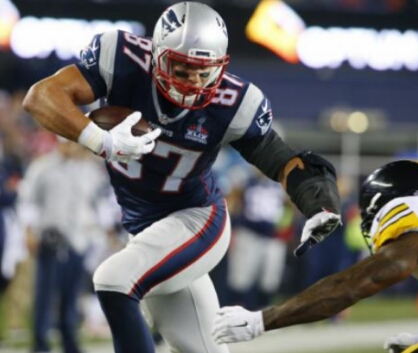 There has been a ton of talk about the fact that Steelers coaching staff were getting a Patriots radio play-by-play in their headsets the past 14 hours or so.  Fans are raving that it’s another example of the Patriots cheating.  What will likely be deemed Headsetgate is nothing more than a distraction from reality: the Steelers beat themselves Thursday night.

Whether it was allowing Gronkowski to line up uncovered, linebacker Terence Garvin being forced to cover Chandler one-on-one, abysmal communication – the Steelers defense, especially the backfield, is nowhere near the level of competitiveness they should be right now.

They received a ton of extra attention during camps and the preseason, so there really is no excuse for a lack of communication or not playing their assigned positions unless coaches Keith Butler, Carnell Lake and Mike Tomlin didn’t teach.  Thursday night’s performance was an example of poor veteran leadership on the field and a lack of mental focus.

Watching Antwon Blake make arm-tackles made me want to rip the hair from my head.  These guys are supposed to be pros, not out there playing touch football.

Where were Lawrence Timmons and James Harrison?  As defensive vets, their individual performances were underwhelming.  I wanted to see them grab their teammates and yell, “Wake up, these are the champs we’re playing!” Instead, they just walked back to the huddle.  Leadership – we need it.

Watching Will Gay and Will Allen having to use hand signals to get other guys into the correct scheme seemed ridiculous.

Fans can bellyache all they want about the headsets.  It wouldn’t have mattered if Josh Groban was being blasted through the speakers.  What happened on the sideline has zero to do with how the Steelers performed on the field.  At some point this team is going to have to stop making excuses and “man up”.  How do you improve if you refuse to address the real issue?

And don’t think the offense and special teams are off the hook. Even if Scobee hadn’t missed those two field goals, the Steelers would have come up one point short of the win.  The offense put a nice game together – the stats show that.  The issues on offense centered on mismanagement of the play clock and a lack of urgency getting set.  Roethlisberger was on the right track when he went to the hurry-up offense, but had to signal the sidelines to not send in substitutions.  Shouldn’t the coaching staff be aware of that given the situation?

In the end, the Steelers have no one to blame outside of themselves.  I hate saying it.  Somewhere a fan is reading this thinking what a jerk I am for harping on the team.  It’s easy to point fingers at anything but the truth in this situation because the reality is so hard to swallow.

Pittsburgh has the personnel to play competitive football – some still doubt that is the case on defense – but the inability to maximize it.  Until some of the younger players and veterans pull together, they’ll struggle.  Time for tough love.