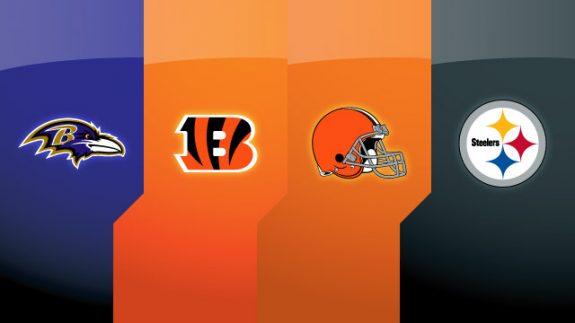 The Pittsburgh Steelers weren’t the only team that had a tough outing in Week One of the 2015 NFL regular season.  Here are the top headlines and news reports from the AFC North.

Baltimore Loses To Broncos, Will Be Without Suggs For Rest Of Season

The Ravens saw a more competitive defense from the Denver Broncos than offense – a bit of a switch.  Peyton Manning continues to struggle to find a favorite target, and (counting the preseason) find the goal like in 21 offensive drives.  The Broncos may have eked out a 19-13 win on Sunday night, but Manning completed just 24 of 40 passes for 175 yards and was sacked four times.

Baltimore gained 73 yards on the ground with Denver putting up just 69 in a game that chewed players up and spit them out.  Terrell Suggs tore an Achilles tendon and reports say he will miss the remainder of the 2015 season.  This was a game where even line judge Gary Arthur broke a collarbone.

Ryan Fitzpatrick threw two touchdown passes and Chris Ivory ran for two scores, giving the Jets a 31-10 victory over the Cleveland Browns to open the season Sunday.  The Jets (1-0) had five takeaways against the Browns, including an interception and two forced fumbles of Johnny Manziel, who came in late in the first quarter for an injured Josh McCown.  Brandon Marshall and Eric Decker had touchdown catches for the Jets, who sent the Browns (0-1) to their 11th straight opening-day loss. Cleveland committed 12 penalties for 109 yards to go along with the five turnovers.
https://youtu.be/lTxNpBZ9erk

Cincinnati quarterback Andy Dalton welcomed Tyler Eifert back to the lineup by throwing him two touchdown passes and Jeremy Hill ran for two scores to help the Bengals spoil Jack Del Rio’s coaching debut in Oakland with a 33-13 victory over the Raiders on Sunday.  With A.J. Green taking the attention on the outside, Eifert had free reign in the middle of the field to catch nine passes for 104 yards as the Bengals (0-1) broke out to a 33-0 lead and coasted.

It was a nightmare game for the Raiders (0-1), who lost starting quarterback Derek Carr to a hand injury in the second quarter and were held scoreless until midway through the fourth quarter in Del Rio’s first game as coach.  Matt McGloin fared no better as the Raiders didn’t even take a snap in Bengals territory until the first play of the fourth quarter against a Bengals defense that looked improved from last season. They avoided the shutout when McGloin threw a pair of TD passes to Marcel Reece in the fourth quarter.

One of the most despicable plays in recent NFL history came when Adam ‘PacMan’ Jones slammed Raiders receiver Amari Cooper onto the ground forcefully enough to dislodge Cooper’s helmet, then continued to pummel his head – an action that led not to a suspension or ejection, but a flag for unnecessary roughness.  As of Monday, the league will not suspend Jones, either.  The fine for the infraction has not been released should one be handed down.