Tomlin Not Critical Of Barron’s Hit That Knocked Roethlisberger Out 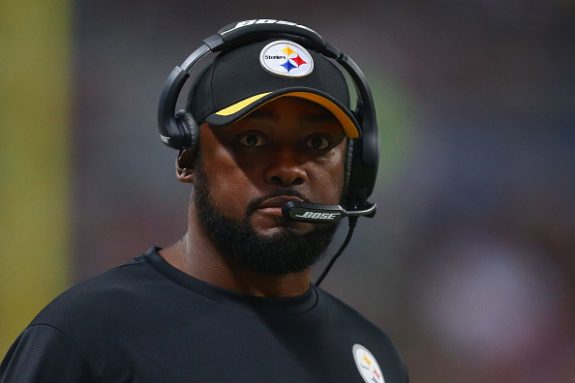 Steelers coach Mike Tomlin acknowledged Monday that Ben Roethlisberger will “be out for a number of weeks” after suffering a sprained MCL in Sunday’s win over the Rams, Dan Hanzus of NFL.com reports.

No flag was thrown for the low hit. Tomlin wouldn’t address if he believed Baron’s tackle was clean.

“I’m not going to be critical of the hit or officiating,” Tomlin said. “You guys know we got a letter stressing us not to do that.”

The tackle could be interpreted as illegal according to the NFL rulebook. From ESPN: “A rushing defender is prohibited from forcibly hitting in the knee area or below a passer who has one or both feet on the ground, even if the initial contact is above the knee. It is not a foul if the defender is blocked (or fouled) into the passer and has no opportunity to avoid him.”

Barron’s explanation: “I tripped over somebody’s feet and on my way down I caught a piece of his leg.”