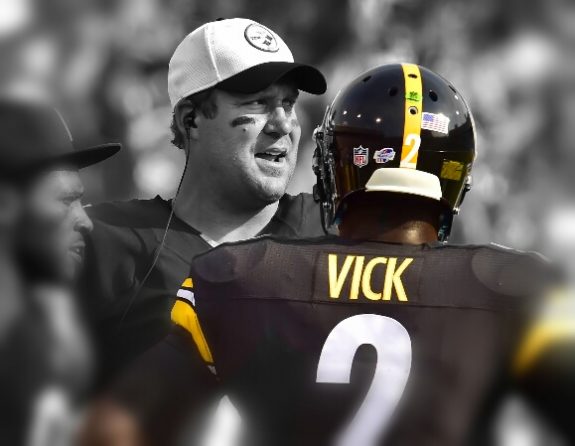 Any quarterback who can throw the ball deep is always a quarterback you must pressure.  Vick has one of the strongest arms in the NFL and Vick’s arm strength is arguably better than Roethlisberger’s. Vick is not just a scrambler, but a runner. His ability to score on touchdowns will hurt the Baltimore Ravens defense if they struggle to tackle well in zone defense and if they fail to apply pressure up the middle. Vick’s first ten passes will be key in every game he starts.

If Vick comes out on Thursday night connecting on the deep pass and converts a couple of third downs -especially with his legs – he will likely be in a groove for the entire game.

Vick has the perfect receivers to get in rhythm with in the short passing game as well with Antonio Brown, tight end Health Miller, and running back Le’Veon Bell who returns after a two game suspension.