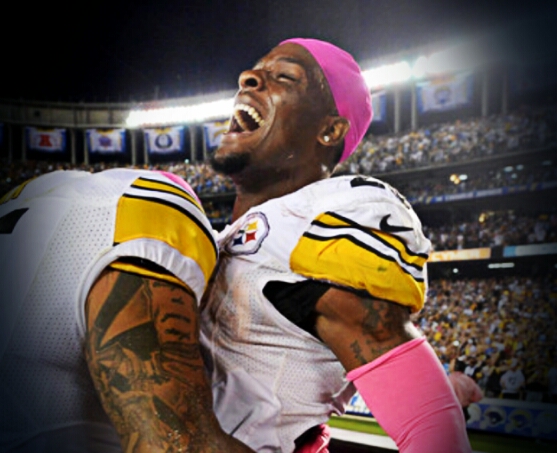 Kudos to the Pittsburgh Steelers on their gutsiest play of the 2015 regular season.  Give Le’Veon Bell huge props for doing what it took to get the win.  Whether it was Ben Roethlisberger who called the play, as rumored, or it was a Bell request to Tomlin, Haley and the football gods, the final play was a statement.  A necessary one.  The Steelers went for a win in a game that was poorly executed for the most part.  In fact, the win should be used to boost the morale of this Steelers team as much as a lesson in how to overcome deficiencies and pull out all the stops.

The Steelers have a habit of being too conservative, especially with Michael Vick in at quarterback.  Granted, Vick was not impressive in his second game as a starter. That fans were ready to beg for Landry Jones (see Twitter feeds of the Monday night game) speaks to how rattled Vick looked.  You could argue that he still needs more time to learn a complex offense, that his line was a sieve at times, that the Chargers defense got in his way or that receivers just couldn’t create space for him to hit them.  That may be true, but so is the fact that Vick is ill-equipped to manage the Steelers on offense.

I don’t want to overstate the facts, but had Pittsburgh’s defense not remained on the field for most of the game against the Chargers and kept playing, the Steelers would have lost this game.  Thankfully, regardless of their own inadequacies, the D was able to create turnovers.

This team continues to be more heart-attack than heart-warming.  Missed tackles, soft coverage and bad matchups one on one gave Philip Rivers the opportunity to carve up the Steelers.  That they ignored the blood speaks to a level of tenacity I love.  Cam Heyward’s face said it all late in the game – gassed, battered but not broken.

I expected more after extra time to prepare.  Antonio Brown is not on the same page as Vick, maybe not in the same area code.  Vick showed an inability to see the entire field, often focusing on a single target when Brown was wide open.  That telegraphed tunnel vision led to several opportunities for the Chargers to get their own defensive takeaways.  Thankfully, San Diego balked.  That won’t be the case against future opponents.  Vick is easy to read and if the Steelers don’t immediately correct that issue, they will be lucky to get out of any games they play without Roethlisberger alive.

I’m elated that the Steelers gut-checked and went for the final killing stroke, but that feeling turns to a little indigestion looking forward to the Arizona Cardinals.  Bruce Arians is more than prepared, coming out of ‘Steelers West’, to show Tomlin how insufficient the Steelers have been over five weeks of play.  I cheered the win, but my nerves can’t handle week after week of play that continues to be mediocre.

Send me hate mail if you need to, but it’s time to get real.  Tomlin and company have either not been able to effectively coach or a ton of their guys are just not getting on board.  Basic, fundamental aspects of football dictate that you catch, pass, run, block and tackle.  These guys have been playing ball long enough to know they have to do this every single game.  Throwing your arm at a guy like Danny Woodhead is silly.  Thinking you can let Antonio Gates have real estate is just plain stupid.

Am I happy with a win? Without a doubt.  This single success isn’t enough.  Time for this team to look at all the bad mistakes, penalties, mental breakdowns and put them in the circular file.  Time to bring out what works, what gives them success, the tools that build from a foundation of strength and feed the beast that is effective and consistent play.

We are a quarter of the way through the season.  It’s time to play like it is the playoffs.  Until the Steelers, as a team, accept greatness over mediocrity, they will stumble.

Here is to a much-needed win and the idea of the rest of the season being much deserved.

Steelers Gab Player of the Game: Bell Is The Answer Once Again In Week 5
Between the Hashmarks: NFL’s latest focus on Steelers ridiculous