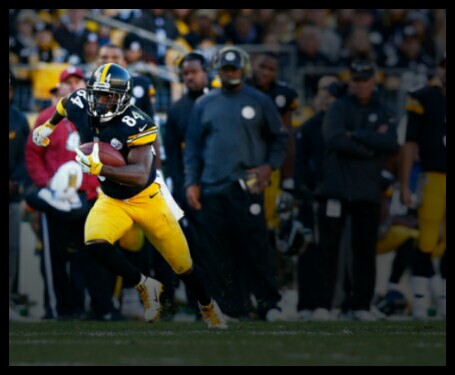 The Pittsburgh Steelers haven’t had the type of mind-blowing, spectacular offensive performance many expected in 2015.  Injury, setbacks, personnel changes – it all comes into play.  One thing was evident: Antonio Brown was not confident on the field.  That changed on Sunday against the Raiders.

Brown showed an unusual amount of frustration early this season as the Steelers struggled to gain yardage that would put them in scoring positions.  The unfortunate thing was that Brown expressed himself to teammates and in the public forum rather than doing an internal inventory.  His teammates can’t make him hold onto a pass thrown his direction. Coaches can’t change an entire game plan to accommodate him wanting the ball.  No one but Antonio Brown can decide to lay out or jump or come back to grab a tough catch.

To have Heath Miller speak up about Brown talking less…it may have worked. Miller hasn’t been targeted as often this season, either, yet has quietly contributed in whatever way the team needed him to.  On Sunday, Brown looked to have taken a page from that playbook on his way to a career game.

Brown looked comfortable. He made adjustments to get open. When Landry Jones came in for the injured Ben Roethlisberger, Brown stepped up and returned to a couple under-thrown balls for gains.

When asked if it felt good to break franchise records, Brown said, “I’m extremely blessed. The most important thing is that we’re a team at the end of the day.”

I’m happy for Brown. Ecstatic, even, that he had a performance that rivals any in the league in week nine.  Brown stepped up as a veteran.  What makes me the most impressed isn’t the statistics.  I am glad Brown put the past behind him and ignored the team’s adverse situation to do everything he could to secure a win – for the team.

Can the Steelers Overcome Without Roethlisberger Yet Again?
You Have to Love Le’Veon Bell and His Response to Haters on Twitter