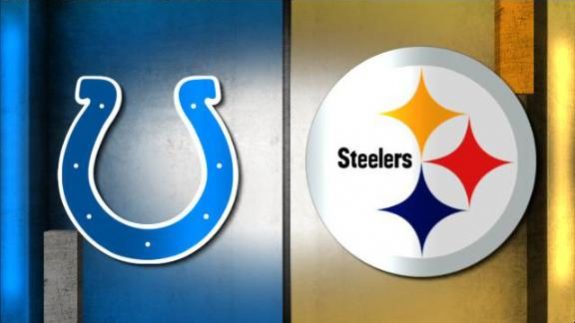 This week’s game marks the 22nd time the Pittsburgh Steelers and Indianapolis Colts will meet in the regular season…the Steelers hold a nine game advantage in the all-time series (15-6), including a 10-2 mark at home…Sunday’s game will mark just the second game between the two teams in the month of December (W, 35-13, Dec. 9, 1978 in Pittsburgh).
Steelers vs Colts Series Highs
Passing Yards
Steelers: Ben Roethlisberger 522 (10/26/2014)
Colts: Andrew Luck 400 (10/26/2014)

QB Ben Roethlisberger had a game for the ages as he threw for a team record 522 yards and a team record six passing touchdowns to help guide the Steelers to a 51-34 win against the Colts at Heinz Field.
K Adam Vinatieri made a 31-yard field goal on the Colts’ first drive of the game to give Indianapolis the early 3-0 lead. Pittsburgh responded with 21 unanswered points. Roethlisberger connected with WR Markus Wheaton for an 18-yard touchdown and then with WR Martavis Bryant for a five-yard score.
CB William Gay stepped in front of an Andrew Luck throw and returned it 33 yards for a touchdown to give the Steelers a 21-3 lead. Indianapolis cut the lead 21-10 when Luck connected with TE Dwayne Allen for a 21-yard touchdown. Roethlisberger then capped off Pittsburgh’s next two drives with touchdown throws to WR Antonio Brown. The first touchdown was from eight yards out and the second one was from 47 yards out to give Pittsburgh a 35-10 advantage. Luck connected with WR T.Y. Hilton for a 28-yard touchdown and Vinatieri made a 23-yard field goal as the halftime whistle sounded, and the teams went into halftime with Pittsburgh leading 35-20.
Roethlisberger and Bryant connected for a two-yard touchdown early in the third quarter to give Pittsburgh a 42-20 advantage. Indianapolis then scored two straight times to get within eight points. RB Ahmad Bradshaw scored on a 12-yard run and Luck threw a 31-yard touchdown to WR Donte Moncrief to cut the lead to 42-34.
Early in the fourth quarter the Colts forced a Steelers turnover as Pittsburgh was in the red zone. But Luck tripped and was called for a penalty in the end zone and the play resulted in a safety. Leading 44-34, Roethlisberger led the team on a 12-play, 67-yard drive that he capped off with his sixth touchdown of the game, an 11-yard pass to TE Heath Miller.