Antonio Brown, receiver for the Pittsburgh Steelers, grabs new NFL records after his Week 15 performance against the Denver Broncos.

Pittsburgh Steelers receiver Antonio Brown has been on a streak this season, putting together one fantastic game after another.  On Sunday, against the Denver Broncos, Brown snagged a new NFL record in receiving stats.  Brown became the only player (since 1970) to record two 15-reception games in a single season with 16 catches against the Broncos and 17 against the Oakland Raiders (Week 9).

Brown’s 116 receptions this season has moved him into the number two spot in franchise history with the Steelers.  The only player ahead of him – himself (logging 129 receptions in 2014).

He has become the second wide receiver in NFL history with three consecutive seasons with 1,500 yards from scrimmage (behind Jerry Rice 1993-1995).

In Week 15, Brown crossed the 1,500 yards in a season mark in back-to-back seasons, becoming the first Steelers player to do so in team history. 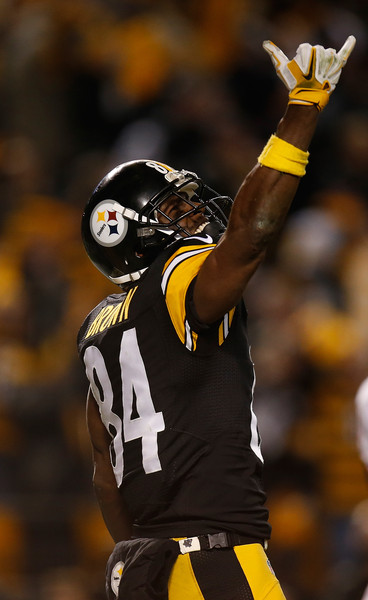