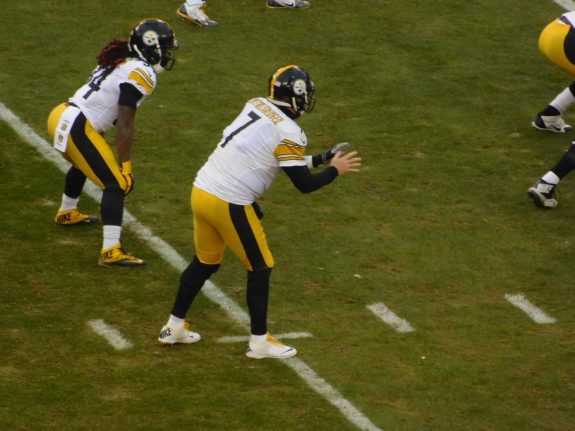 The Steelers and Bengals will do battle for the third time on Saturday night with a chance to move on in the AFC Playoffs. While it will be a long week with plenty of talking and writing about the game, here’s three early thoughts about the matchup, and some early ideas of how Saturday at Paul Brown Stadium will play out between the AFC North foes.

1. Forget the First Two Games – If you ask the Steelers, they feel they gave away the first meeting at Heinz Field, a game that was the first back for injured QB Ben Roethlisberger. Ask the Bengals, and game two they were a shell of themselves due to injury. With that, the third meeting is going to be a clean slate for both teams. I expect no matter who is at QB for the Bengals to attack a bad Steelers secondary, and for the Steelers, they could be in dire straits if DeAngelo Williams isn’t able to play in the playoff game, shades of what happened with Le’Veon Bell a season ago. It could be a wild west shootout with whoever has the ball last winning.

2. Mike Tomlin’s Message Should Be Very Simple – Here’s to hoping that Steelers coach Mike Tomlin gathers the troops and says one very simple thing this week – SHUT UP! This Steelers team has played with a chip all season as if they have won three straight Super Bowls, which in a way is a good attitude, but in a lot of ways is not. They got into a pissing contest with the Bengals the last time out over all the issues with Vontaze Burfict and his earlier season hit on Le’Veon Bell. The Steelers got their revenge in the rematch in Cincy, and now let the Bengals be the ones with the big mouths, and if they want to throw their thoughts all over Twitter and wherever else, let them do it. The Steelers should take the high road this week, we shall see if they do.

3. Ben Has to Go Back to Being Ben – The last few weeks Ben Roethlisberger clearly hasn’t been himself, throwing three picks in his last three games, an alarming stat for an ‘elite’ QB. Yes, he’s going to have to throw the ball a lot on Saturday, but if he throws two picks or more, the Steelers are going to lose, pure and simple. In a battle of defenses, the Bengals are better than the Steelers, and while they were able to get a pick six and turnovers the last time around, you can’t count on that this time around. Ben has to be more careful with the ball, if he doesn’t, this team will be one and done again.