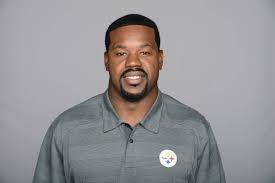 Most of the Bengals spent today clearing out their lockers at Paul Brown Stadium, and still were complaining about the way things ended in Saturday nights wild card game between them and the Steelers.

A lot of the frustration was directed again at Steelers linebackers coach Joey Porter, and some of the harshest comments came from Bengals defensive coordinator Paul Guenther.

“Porter an embarrassment to the coaching profession,” Guenther said to Paul Dehner of the The Cincinnati Enquirer.

It was stated that Porter was told before the game not to jaw with Bengals players, and yes, it does appear that happened during the critical moments of the Steelers win.

Nevertheless, to call Porter an ’embarrassment’ to coaching is hysterical considering how many things the Bengals pulled on Saturday night during the game.