Report: Roethlisberger to Play, Brown Likely Out for Playoff Game at Denver 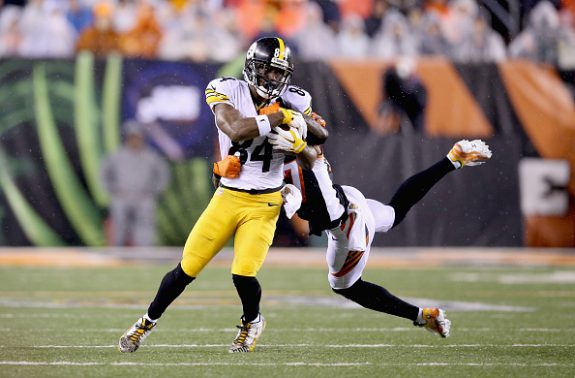 While it’s only Monday, there’s good news and bad news when it comes to the two offensive stars of the Steelers and if they will go Sunday in the AFC Divisional Game against the Broncos.

ESPN’s Bob Holtzman reports that quarterback Ben Roethlisberger is ‘very likely’ to play in the game, but leading wide out Antonio Brown is “not looking good” to play.

Brown is in the NFL concussion protocol following the hit that allowed the Steelers to get into field goal range after a second flag was thrown on Adam ‘Pacman’ Jones that put the ball in position for Chris Boswell to hit a 35-yard game-winning field goal.

Yesterday it was reported that Roethlisberger suffered a separated shoulder, but now reports are it’s a sprained AC joint in his right shoulder, which is easier to overcome.

Losing Brown, the best wide out in football, is a blow that could be just too much to overcome. The team is going to have to rely on wide outs Markus Wheaton as well as even Darius Heyward-Bey to try and fill the void for Brown.

Bengals DC Paul Guenther Says Joey Porter is an ‘Embarrassment’ to Coaching
Should the Steelers Go All In on Landry Jones and Sit Ben Roethlisberger Sunday?