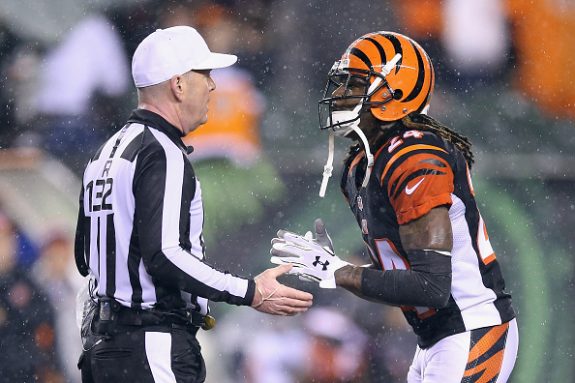 Yes, it hurts that the Steelers are out of the playoffs and the season is over, but they got further than many felt they would considering three weeks back many felt the postseason was out of reach after they lost to the Ravens and the Jets beat New England.

Instead, they beat the big bad talking Bengals after Cincy committed two stupid penalties, and Sunday in Denver they got close to beating the #1 seed in the AFC, having the lead for almost the entire day until the Broncos scored their only TD with three minutes left.

Despite getting close, it wasn’t long after the loss that the Bengals and their loud mouth players were tweeting how happy they were the Steelers were out of the postseason.

Thanks to the Sporting News, here’s a couple Tweets from Bengals players who sat at home today instead of playing.

What goes around comes around #karma pic.twitter.com/P8lp9ERukT

While a lot of Steeler Nation has already responded to these losers, feel free to take a moment to remind these players they’ve never smelled a playoff win – and probably never will.