DeAngelo Williams Lays Into Peyton Manning the Day of His Retirement 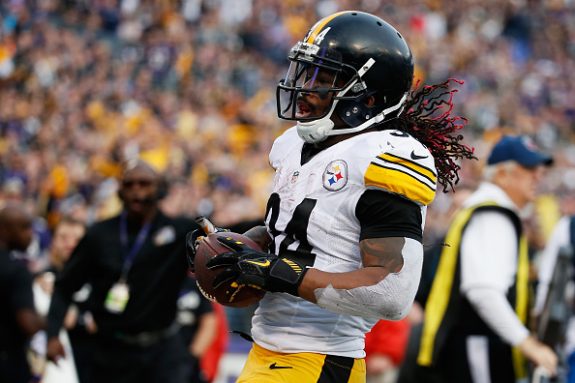 Steelers running back DeAngelo Williams has never been afraid to speak his mind, and today started somewhat of a firestorm on Twitter when he made some comments about Peyton Manning, who officially announced his retirement from the NFL

Williams, whose Steelers lost to the eventual Super Bowl Champion Broncos in the divisional playoffs, stated on twitter that Manning’s final season, despite ending in a Super Bowl ring, was one to forget.

Look Peyton is a hall of fame qb who couldn’t play dead in a western last year but career over all is astonishing but last year was ??

Williams does have a point, as at one point in the 2015 season Manning had thrown 17 interceptions and just nine touchdowns, including four in a home loss to the Chiefs.

He did come back after a foot injury, and played well enough in part of the final regular season game against the Chargers and the playoffs to get a ring, but most of that credit has to go to the Broncos very good defense.

?u are kidding me right last year Peyton manning without the name would never have been in the NFL anywhere Pete?? https://t.co/C4PvxGztIh

At the end of the day, Williams is dead on about Manning, but today isn’t a day that anyone wants to hear the truth about how poor Manning was in 2015, all people want to do is celebrate his legacy.