Steelers Bring Back Darrius Heyward-Bey on a Three-Year Deal 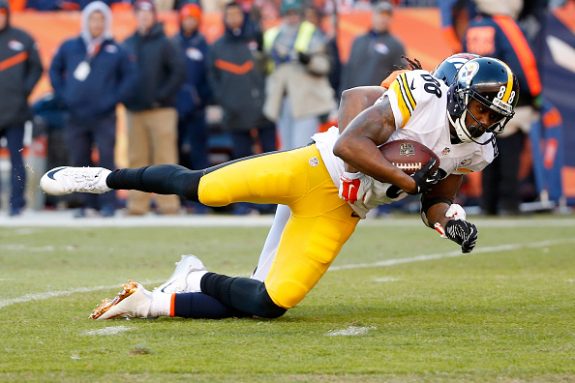 The Steelers today announced they have re-signed veteran wide receiver Darrius Heyward-Bey to a three-year, $3.8 million contract according to the team’s official website.

The 29-year-old Heyward-Bey played a surprising amount of snaps for the high-powered Steelers, catching 21 balls for 314 yards and two touchdowns, but at this point in his career his value is primarily on special teams.

Playing for a winning organization is likely more important to DHB than big money as he made millions as a top-ten draft pick with the Raiders in the pre-rookie salary cap days while the Steelers have always been a team that values veteran leadership and role players more than most.

Heyward-Bey probably won’t see a lot of action in 2016.