Tomlin Doesn’t Sound Too Worried About Missing Bryant in 2016 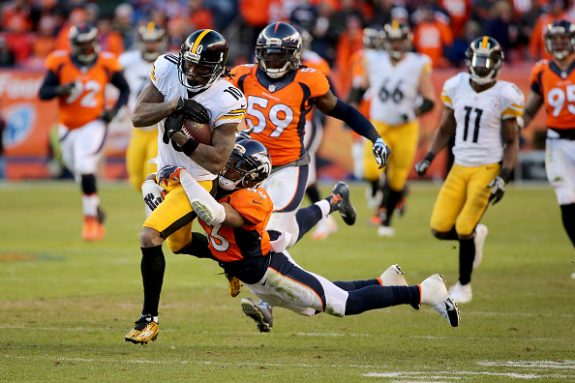 Per usual, that’s the way Steelers coach Mike Tomlin is treating the current situation with wide out Martavis Bryant, and the fact that he’s going to have to sit the entire season after being suspended indefinitely by the NFL for violating the league’s substance-abuse policy.

The team still has the best wide out in the game in Antonio Brown, and also a number of solid pass catchers around Brown, and who knows if the team may look to add another receiver in the draft.

Via Fox Sports, Tomlin said that playing without Bryant in the past has helped, and the team is ready to do it yet again as they try and make another run to the Super Bowl this upcoming season.

“We’re going to throw the ball to the open man,” Tomlin said. “Really, it’s that simple. We’ve played without him in the past, so we’re not overly concerned about playing without him in 2016, to be honest with you. We have talent at the position.”

One player who could benefit the most with Bryant being gone is Markus Wheaton, who last season stepped up and played well when called upon. He averaged 17 yards per catch last year, and in total had 44 catches for 749 yards.

Another player who could have a big second season is Sammie Coates, who had 61 yards in the playoff loss to the Broncos.

No matter what, the team will have to find a way to make up for Bryant, and make sure that the pass game of 2016 doesn’t turn into another game of ‘what if.’