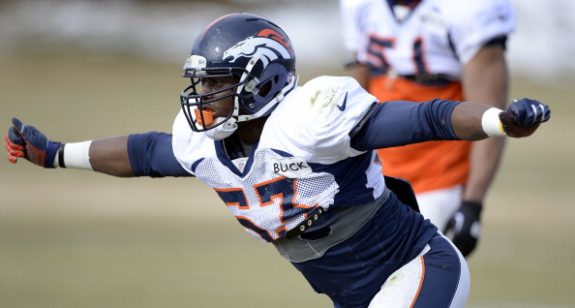 The Steelers today added some depth to their linebacking core, as the team came to terms on a one-year deal with 28-year-old Steven Johnson.

Johnson formally saw time with Denver and Tennessee over the past four seasons.

He was an undrafted free agent in 2012 and began his career with the Broncos, registering 50 tackles over three seasons.

Johnson spent time with the Titans in 2015 season, recording seven tackles in 16 games.

He will play behind the normal starters Lawrence Timmons and Ryan Shazier, as well as reserve Vince Williams.

For most of his career he’s helped out in special teams, which is a role the team can always use.