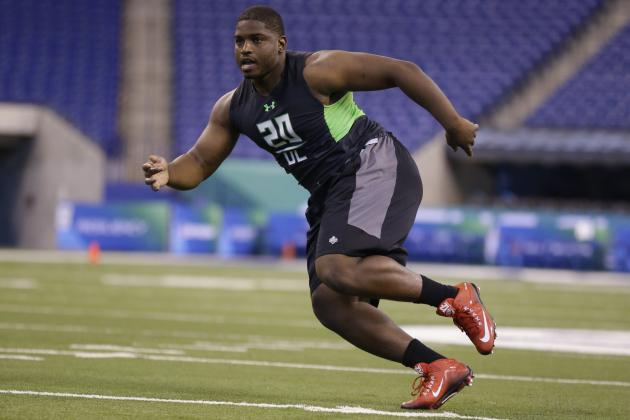 The Pittsburgh Steelers have selected defensive tackle Javon Hargrave with the 89th pick in the 2016 NFL Draft. Hargrave played at South Carolina State and had an INCREDIBLE 2015 season.

Hargrave recorded 13.5 sacks in 2015 and is a very talented and physical athlete. He could end up being the main starter on defense if former sixth-round pick Dan McCullers is not producing well.

He has phenomenal speed for a 300 pound athlete and is quite powerful. He will fit the Steelers’ defensive scheme quite well. Hargrave and McCullers will be competing for the starting role.

Even though Andrew Billings was still on the board, reports surfaced that he had problems with his knee. Hargrave has a lot of promise and could be a talented defensive tackle in the NFL. He is very raw but his versatility is a key attribute to watch in 2016.