Artie Burns Has To Learn Fast, And On The Job 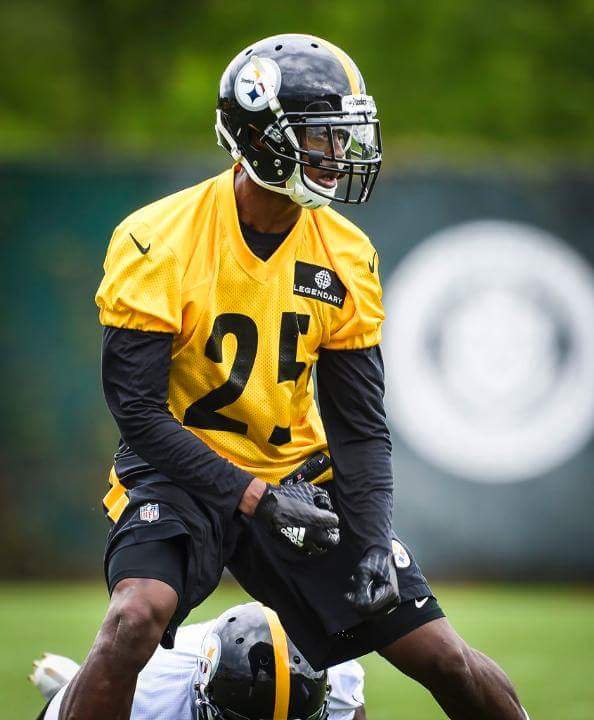 Artie Burns has surely been thrown into the deep water when the Pittsburgh Steelers selected him in the first round of the NFL Draft. This year, the team has lost a great deal of experience – Will Allen, Antwon Blake and Boykin are gone – and the replacements, Golson, Davis, and Burns, have some large shoes to fill. But what they lack in experience, these youngsters make up in ball skills and energy.

Artie Burns will have little time to sit back, relax, and play a little game at http://www.online-casinos.ca/. But he already feels the pressure, as he recently told DKPittsburghSports. “They drafted me first-round,” Burns said. “They have high expectations for me. I have to learn fast. They’re not just going to sit around and wait for me to grow.”

The Steelers selected Artie Burns in the first round for the first time since Chad Scott in 1997. During his early years, he broke the American junior record for 60 meter hurdles, and he is a 2-time USA Today track & field All-American champion (2011 and 2012). Last year, Burnes played for the University of Miami, and was among the fastest and most energetic defensive backs of the country. He had six interceptions with Miami DB, the best since Sean Taylor had 10 back in 2003.

The Steelers have picked this boy wonder (he is just 25) hoping to mold all this energy and skill into a starting cornerback. He is tall, he is very fast, and with the right amount of work, he can end up being the best corner of this draft, at least according to NFL Network analyst Mike Mayock. While he might not be starter-ready just yet, but he has still quite enough time to become one. Most analysts agree that Burns has a ton of potential, and a lot of physical advantage, that he can turn into points in the field.

Still, Burns hopes the team will not rely on him from the first moment. Although he admitted that the thought of being a key player from his first day in the deep waters of the NFL is surely intriguing. Still, the Steelers have other valuable players to rely on – like William Gay or Ross Cockrell, not to mention Senquez Golson. This would allow the Artie Burns to get used to his new position, “learn to swim” so to say, without the possibility of being a liability for the team’s defense.

Burns is well aware that he has to work a great deal to be a valuable player in the coming season. He still hopes that he won’t be pushed too hard before being ready – both physically and mentally.