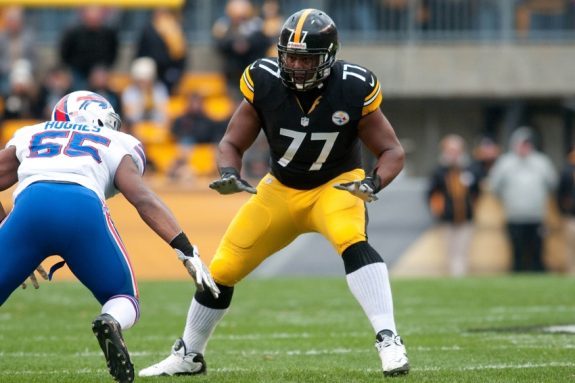 The Steelers today got some cap space, as offensive lineman Marcus Gilbert restructured his deal with the franchise.

Gilbert generous deed reportedly gives the team a solid $2,392,500 worth of new money on their cap. Money that could be used to try and extend other players on the roster.

The team just gave linebacker Vince Williams a three-year extension, but there’s plenty of moves that could be on the horizon for the team, like looking to get OL David DeCastro a new deal.

Of course there’s always the drama around the deals of two key offensive players, that being running back Le’Veon Bell and wide out Antonio Brown. Bell, who will miss the first three games due to suspension, is in the final year of his deal, and Brown is in the 4th year of a five-year deal inked before the 2013 season.