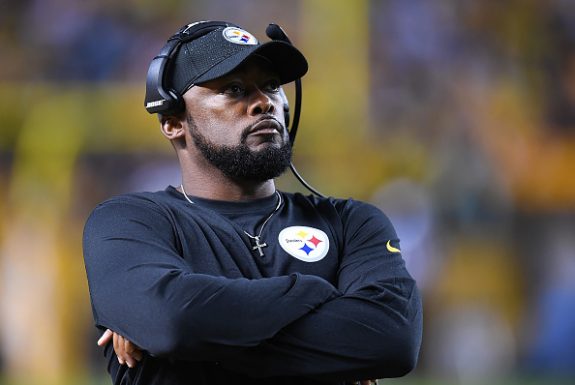 Sunday presents yet another challenge for the banged up Steelers as they take the field in South Florida to take on the Miami Dolphins, a team that enters Sunday desperate for a win sitting at 1-4 for new coach Adam Gase.

Miami has a number of issues on both sides of the ball, with their only win thus far in 2016 being an overtime victory over the Cleveland Browns – who by all accounts are the worse team in football.

Pittsburgh will have to be careful, as they have a number of injuries that will force backups into playing time, like Cam Heyward missing his first game since 2011, and their wide out core is hurting again as well.

Today we take a look at three keys, as well as our prediction if the Steelers can get to 5-1 as they prepare next week for their biggest test of the season in Tom Brady and the Patriots at home.

The Dolphins are the worst team in the NFL at stopping the run, and this should have the Steelers offensive line as well as two backs in Le’Veon Bell and DeAngelo Williams licking their chops. Miami has allowed 150.8 yards per game on the ground, and if the Steelers don’t run the ball early and often, shame on them. This should be a game where both the line and running backs have big days, and if the stats are true tomorrow as they have been for the first five weeks, this should be a big day for the run game.

The Dolphins are a pretty ugly team on offense, and right now can’t seem to get much going on either side of the ball. They are ranked 31st in yards per game rushing, and 24th in passing. The end seems to be coming soon for Ryan Tannehill who since being a first round pick a few years back hasn’t really ever turned the corner. With that said, Miami last week got off the hook a few times by Titans mistakes and it wasn’t until the second half they were able to put the game away. The Steelers need to build a lead Sunday, and not take their foot off the gas and allow the Dolphins any hope of the upset.

Last week the Titans got to Tannehill for six sacks, and the team went and released two offensive lineman because of it. That means this week has been one of learning for the new players brought in, and Miami already has had three starters at left tackle, three at left guard and three at center. While the Steelers have done little to get to and bring down the QB this season, it’s a game where that unit, much like the run game, should have a coming out party, and even be able to force some tunrovers as they go for strip sacks on Tannehill.

Prediction: While this looks like it’s going to be an easy ride to 5-1, for whatever reason I am more nervous about this game than I was the Jets game a week ago. More than likely it’s due to the fact it’s on the road, and with the injuries I think the Steelers had better not have swelled heads going into this game. As stated above they should be able to run and get to Tannehill rather easily, and those two things should be enough for a win – right? Pittsburgh 23 Miami 17