Steelers TE Ladarius Green Finally to Get on the Practice Field 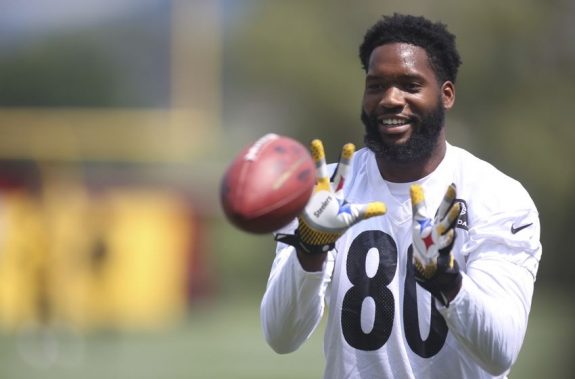 The Steelers could be getting another weapon back on offense following the bye, and it’s not quarterback Ben Roethlisberger (though that would be great).

The player that could be back in tight end Ladarius Green, who singed a big free agent deal this offseason to join the team and take over as lead tight end for the retiring Heath Miller, but so far due to injury hasn’t played a down.

The team released a tweet today that Green is going to finally take the practice field.

Ladarius Green remains on #Steelers Reserve/PUP List & can practice up to a max. of 21 days before team must either activate/return to IR. https://t.co/vcdrYWKtrr

Green went on the PUP list in late August with ankle issues, and there’s also been stories about headaches as a reason he was unable to practice for play for that matter.