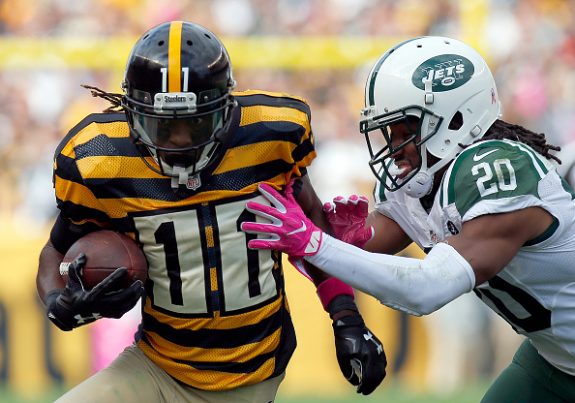 The Steelers wide out core could really use the help of a player like Markus Wheaton right now, and today it’s being reported that the receiver will see a specialist to have his injured shoulder examined.

ESPN’s Jeremy Fowler broke the story earlier today, stating that Wheaton told ESPN that he will see a specialist for his shoulder injury and hopes it “doesn’t end my season.”

It’s been a wasted season for Wheaton, who really would have a big role in the Steelers offense if he was healthy. He’s played in just three games this season, none since week give, and had just four catches this season for 51 yards and one score.

Wheaton will be a free agent after this season, and may have played his last game with the Steelers if he doesn’t recover from this shoulder injury.

First Half Thoughts on the Steelers 15-13 Lead Over Dallas
Despite the Struggles; the Steelers Still Control Their Fate in the AFC North