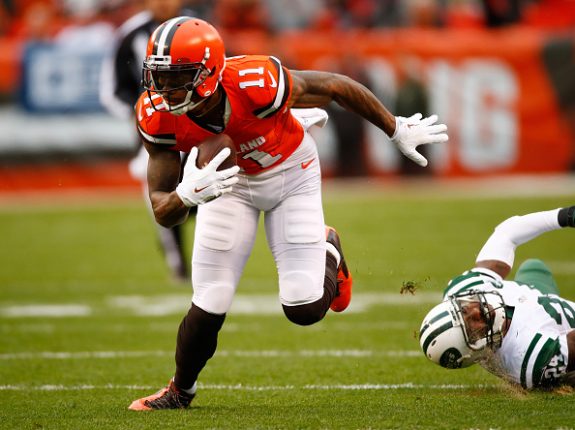 The Steelers find themselves in a position they never though they would be in 11 weeks into the 2016 season, that being basically in a must win game against an 0-10 Browns team in Cleveland on Sunday.

Following last week’s meltdown against the Cowboys, the Steelers are now in the midst of a four-game losing streak that started with a trip to South Florida a month ago, and now has to end with the cold and possible snow at the Lakefront.

The Browns are a bad team, but before we go and count this as a win for the Steelers, let’s not forget the 2009 season when the Steelers played a one-win Browns team on a Thursday night, and were held to six points in a 13-6 loss.

Today we give some keys for the Steelers to get back on track, and also our pick for the game.

The Browns are 31 of 32 in the NFL in stopping the run, allowing 143.7 yards per game, and they have allowed 12 rushing scores this season. Last week the Steelers ran for 48 yards on 19 carries, a number for this team isn’t going to win you very many games in this league. Le’Veon Bell should easily see 20 carries (17 last week), and with the weather expected to be designed more for mud and slop, it would do the do the Steelers well to get their O-line going early, and their running backs going as well. If they fall in the trap of falling in love with the pass, it plays right into the Browns hands.

2. Foot on the Throat

The Browns actually do hang in games with teams, and it’s the second half that has been their downfall this season. They led the Ravens 20-0 in week two at home before losing, they led the Jets at home 20-7 at half before eventually losing to them. If the Steelers want to make sure to get out of Cleveland with a win, it would be best to not play around and find themselves down even by 3-7 at any point. The ability to allow the Browns to build confidence as the game goes along is one of the things that should scare Steelers fans, and it would be best to get a lead, and then keep their foot on the Browns throats all day.

This is a Cleveland team pretty much void of playmakers, but if there’s one player that can make some plays it’s former QB now wide out Terrelle Pryor. Steeler fans should remember Pryor well, as he had a 93-yard touchdown against Pittsburgh as QB of the Raiders back in the 2013 season at the start of the game. Pryor leads the team with 51 catches, 627 yards and four scores, and if there is one player the Browns look to get the ball to, it’s the former Ohio State Buckeye. He’s their biggest playmaker on a team with basically none, and the Steelers can’t let him have a big day.

Prediction – This looks to be the perfect matchup for the Steelers, a team that is eyeing a season with zero wins, and a Steelers squad that is anxious to get their season back on track after four straight losses. The Browns will try and come out and make a statement trying to rattle their rivals, but they lack the depth as well as playmakers on each side of the ball to back it up much. If the Steelers avoid a bunch of silly mistakes like turnovers and penalties, they should be at a point of playing their backups late third/early fourth quarter as they have a quick turnaround this next week against the Colts on Thanksgiving. Pittsburgh 31 Cleveland 13

Tomlin on the Steelers Four-Game Losing Streak: “There is Disappointment”
Steelers at Browns NFL Week 11 Inactives