Who is Colts QB Scott Tolzien – and Should the Steelers Fear Him Going Into Thursday’s Matchup? 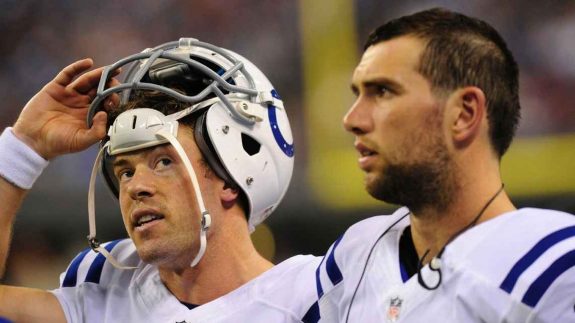 The Steelers are going into uncharted waters on Thursday night in Indianapolis as they take on the Colts, as they will take on a player that not many know anything about – Scott Tolzien.

The Colts most important player Thursday is a guy that hasn’t started in a regular season game in three seasons, and in his short NFL tenure dating back to 2012 has throw 91 passes, five of which have been picked off, with one touchdown.

So the Steelers have nothing to fear Thursday night- right?

Tolzien playing may very much put the Steelers in the driver’s seat for their 6th win of the season, but let’s not for a second think this win is automatic.

The team has laid eggs before against teams with quarterbacks we didn’t know much about. Even this year they have lost games to rookie quarterbacks Carson Wentz and Dak Prescott – although the circumstances of these guys is a lot different than Tolzien.

Maybe the best example of the Steelers going up against a QB that they didn’t know much about in a game that was do or die goes all the way back to the 1990 season, the last chance Hall of Fame coach Chuck Noll had to make the postseason.

The Steelers were in a ‘win and you’re in’ game against the Houston Oilers down in the now closed down Astrodome in Houston, and were feeling good about themselves as they were going up against some guy named Cody Carlson, as Warren Moon was out with an injury.

The result – a 34-14 loss to end their season, as Carlson torched them for 247 yards in going 22-for-29 with three touchdowns and one pick in the win.

Can it happen again?

It’s not likely, but with the Steelers tendency to play down to teams on the road, it’s not unthinkable that Tolzien can do just enough to allow the Colts to escape the holiday affair with a win.

So what exactly do we know about this former Wisconsin QB? Not much.

Here’s the scouting report on Tolzien from the NFL during the combine.

Tolzien possesses the football IQ, toughness and enough ability to find a home in the NFL as a backup but likely does not have the physical tools to develop into a starter. Does a good job moving through his progressions, beating pressure by hitting his outlets and moving the chains with short passes. However, he’s less accurate down the field, lacks velocity on deep balls and doesn’t possess a clean release to compensate for arm deficiencies. Displays good drop mechanics, but pocket mobility is only adequate, and he isn’t a threat to tuck and run. Tolzien should be selected on Day 3.

Strengths Takes care of the football. Checks down and throws the ball away. Displays the ability to move to his second and third options. Accurate in the short passing game. Gets rid of the ball on time on three-step drops. Flashes the ability to climb the pocket. Outstanding intangibles and leadership skills.

Below average size measureables. Lacks the arm strength to drive the ball downfield into tight spots. Deep-ball accuracy is below average. Has a hitch in his delivery at times on intermediate-to-deep pass attempts. Doesn’t possess the athleticism to consistently avoid rushers or pick up yards with his feet.

So basically from the sounds of it, he’s smart, is tough, can’t run, not all that accurate, and is limited physically.

But again, let’s not put this one in the win column yet for the Steelers. Likely Colts coach Chuck Pagano will try some trickery and put the pressure on his other players to win the game, trying to use running back Frank Gore a lot, and also trying to find ways to get the ball into the hands of wide outs Donte Moncrief and T.Y. Hilton anyway they can.

The Steelers need to be aggressive, blitz Tolzien early and rattle him, and not allow him to get any confidence whatsoever.

Let’s see if that’s what the Steelers do. If they make life tough on Tolzien early and often, they should get out of Lucas Oil Stadium with a win.