Will The Steelers Make The Playoffs? 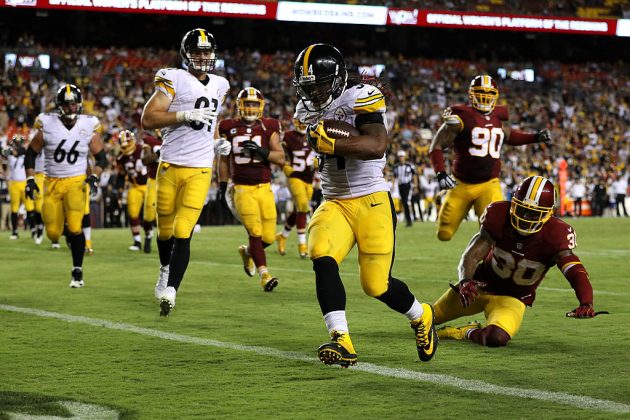 It was close but not close enough for Mike Tomlin and the Pittsburgh Steelers in the 2015-16 NFL season. With a 10-6 record, they finished second in the AFC North Division and sixth in the AFC Conference which earned them a Wild Card playoff place. After defeating the Cincinnati Bengals in the Wild Card playoffs, they then lost to the Denver Broncos, in the Divisional playoffs, who of course went on to win the Super Bowl. Following some strong draft selections, Tomlin will be hoping for more from his Steelers this season. For any fans of the NFL or sports betting, we take a look at the Steelers chances of making the playoffs this season.

Pittsburgh have had some very tough games this season that has seen them collect losses at the hands of the Dallas Cowboys and the New England Patriots. However, over the past three weeks, the Steelers have won three consecutive games to put themselves back in serious contention of reaching the playoffs. First of all they placed even more misery on the Cleveland Browns season with 24-9 win. They will meet the Browns again at the end of the season, but more on that later.

Then came the Thanksgiving Day game against the Indianapolis Colts where Ben Roethlisberger, Le’Veon Bell and Antonio Brown were all firing on all cylinders to earn an impressive 28-7 win. This past weekend saw them return to their home ground and take on the New York Giants. This was a huge coup for the Steelers, as the Giants had been on a six game winning streak and favorites to beat Pittsburgh. The Steelers, of course, had other ideas and silenced the critics on this occasion.

With only four games left of the regular season, it really is now make or break time for the Steelers. First up is the Buffalo Bills who have had a very mixed season with a 6-6 record from their twelve games so far. So far the Bills have won and lost against the New England Patriots, which makes it impossible to predict which version of the Bills will show up on the day. Buffalo sit three places behind the Steelers in the AFC conference and they can still get into the playoffs themselves, but they need to put a run together now.

Next up is the Cincinnati Bengals, who lost to the Steelers all the way back in week 2 of the season. With a 4-7-1 record, the Bengals sit in 13th place of the conference, and are all but eliminated from this season’s playoffs. A loss at the hands of the Steelers could terminate their season.

The biggest test will undoubtedly be on Christmas day against the Baltimore Ravens. The Ravens currently sit comfortably in third place of the conference, which means they are heading straight to the playoffs, as things stand. With a 7-5 record, Baltimore have been a very formidable outfit throughout the 2016 season.

Finally, the Steelers will finish their season against the Cleveland Browns. The poor Browns sit at the bottom following a 0-12 losing streak, and they’ve never looked even close to snatching a win that could have turned their season around. This one should be a walk in the park for the Steelers.