Steelers QB Roethlisberger Won’t Chat About Retirement Speculation; Nor Commit to Anything Past 2017 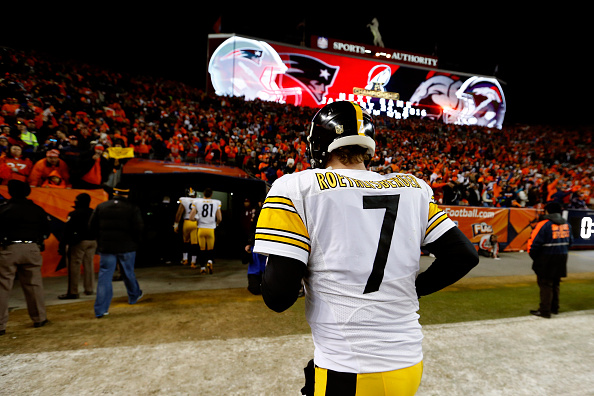 Steelers fans were flat out spooked this offseason when quarterback Ben Roethlisberger stated that he was thinking about walking away from the team and the NFL this offseason.

While he will stay on as the player under center for the Steelers in 2017, there’s no doubt the team will have to start thinking about the future of the position, possibly why the team took Josh Dobbs in the fourth round as a possible long term replacement.

Today Big Ben spoke to the media at Steelers OTA’s, and didn’t seem too interested in giving reasons as to why he was thinking about walking away, and what may have changed his mind.

“It doesn’t matter, I’m here now,” Ben said Wednesday when asked how close he might have been to retiring.

“I love the city. I love these guys. I love being out here. Football is a passion of mine. It’s what I do and it’s what I love to do.”

While Ben will undoubtedly do whatever he can to lead the team to another Super Bowl in 2017, he’s not all that interested in talking about anything past this season.

“I never commit to anybody more than one year,” Roethlisberger said.

“I’m here on Day One. You see me out there taking every rep I’m supposed to take and then some. I actually took some of the rookies’ (reps) today. I’m 110-percent committed.”

For how long is anyone’s guess – to the point where Ben himself might not even know.