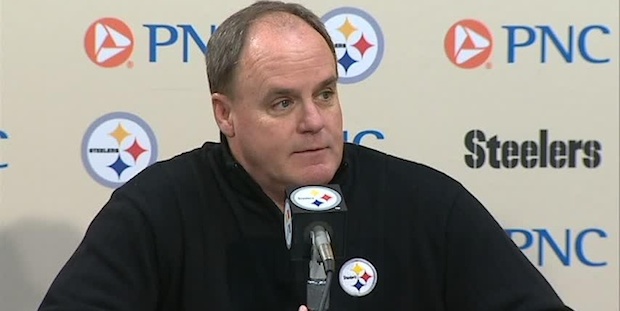 Steelers GM Kevin Colbert isn’t going anywhere, as the AP reports today that the team has inked Colbert to an extension through the 2020 draft.

Colbert began his tenure with the Steelers as director of football operations in 2000 before accepting the title of general manager in 2011. The Steelers have won two Super Bowls and been to another during Colbert’s tenure, capturing eight division titles and earning 11 playoff berths.

Steelers President Art Rooney praised Colbert’s ”dedication and diligent work” as being a major factor in the team’s success.

Colbert’s deal was announced Thursday, weeks after the Steelers signed coach Mike Tomlin an extension that will carry him through the 2020 season. The Steelers open the season on Sept. 10 at Cleveland and are heavy favorites to repeat as AFC North champions