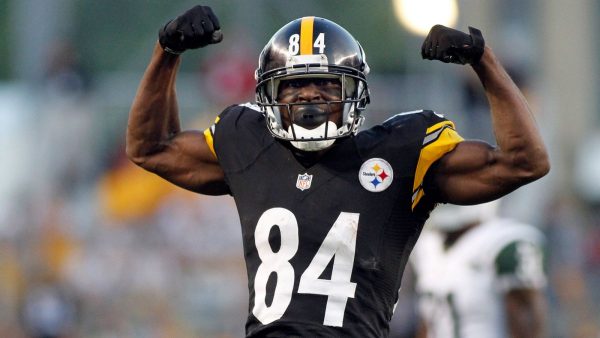 Today was the day the Steelers and their fans finally got to hear from wide receiver Antonio Brown, who has had an interesting week to say the least after his outburst on the sideline in Baltimore last Sunday.

As ESPN.com reports, the Steelers play-making wide out spent most of his time with the media giving kudos to quarterback Ben Roethlisberger, stating that he is the ‘general’ of the Steelers team.

“You’ve got to do a better job of controlling emotions,” Brown said. “I don’t want to wake up and turn on the TV and you guys are talking about me throwing a tantrum. We should be talking about Ben and a lot of guys who had a great game, the Steelers winning a big game.”

The wide out said that he went up to the Steelers franchise quarterback earlier in the week, as he didn’t want to be a distraction to the team.

Brown said he “let [Roethlisberger] know how grateful I am to him.”

“He’s the guy who’s given me every opportunity,” Brown said of his quarterback. “He’s always put me in a place where if he feels I’m out of [line], he always lets me know. … I don’t want him to think I’m spazzing out because he does a great job of throwing me the ball, giving me the best chance to make plays.”