Report: Antonio Brown Wouldn’t Be Ready if Steelers Had to Play a Wild Card Game 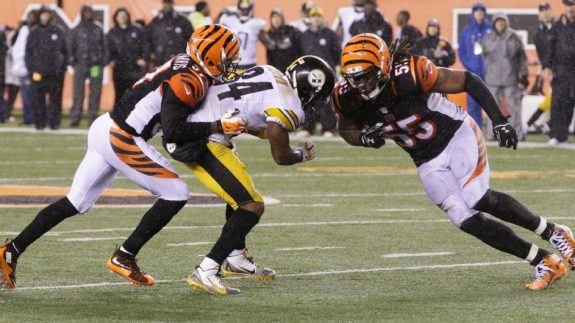 Steelers star wide receiver Antonio Brown is not expected to be ready for the wild-card round of the playoffs, a league source told Adam Schefter of ESPN.

The Steelers are vying for one of the AFC’s two top seeds, which would carry a bye and an extra week of rest for Brown and the rest of the players.

Brown suffered a partially torn calf muscle in Week 15 against the New England Patriots. The Steelers already have ruled him out for their game Monday against the Houston Texans.

James Harrison to Return to the Steelers on Monday?
OC Todd Haley and QB Ben Roethlisberger Not Seeing Eye to Eye Again?