James Harrison to Return to the Steelers on Monday? 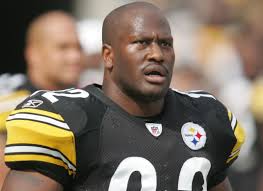 For those that are still scratching their heads over the Steelers decision to release veteran linebacker James Harrison on Saturday, your Christmas wish might be answered as early as Monday.

Ian Rapoport reports that the Steelers could bring Harrison back, and it could have been nothing more than a move to create a roster space for 48 hours.

The #Steelers cutting James Harrison makes sense. Probably the least-likely player to get claimed off waivers. Could return on Monday night

Mike Tomlin has answered a number of questions about using Harrison and basically saving him for the postseason and keeping him fresh, so it sounds like there’s a good chance after all that the LB will be back with the team after all.