Will He Be Back? Lots of Talk on If James Harrison will be Back with the Steelers 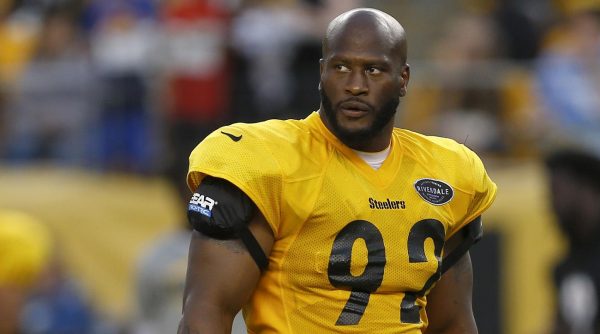 The Steelers released 39-year-old linebacker James Harrison on Saturday to make room to add tackle Marcus Gilbert to the active roster. Harrison had played only 40 snaps in five games, but was respected for his leadership and role in the locker room.

It’s possible the Steelers this week could re-sign Harrison, who cleared waivers Monday, Joe Rutter of the Pittsburgh Tribune-Review reports.

Markuice Pouncey was asked if he expects that to happen.

Harrison was released because the roster exemption for Gilbert, who was returning from a four-game suspension, was expiring.