Maurkice Pouncey Lays the Smack Down on James Harrison: “A Guy Don’t Want to be Here, Bye Have Fun” 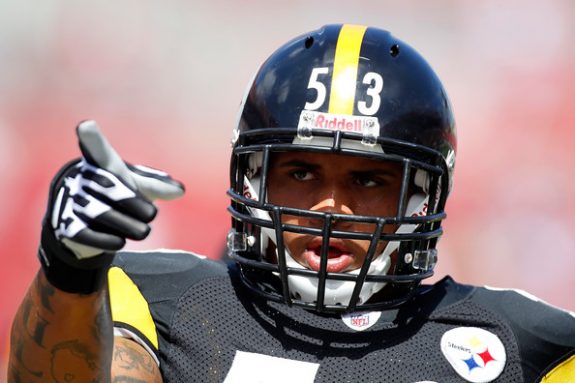 Things are starting to get even more interesting in the Steelers/James Harrison/Patriots drama, all thanks to some comments by Steelers center Maurkice Pouncey.

In today’s locker room session, Pouncey stated that it was Harrison that wanted out, and that the Steelers simply gave him what he wanted.

What gets even more interesting is Pouncey went on, slamming Harrison for not only leaving, but for signing with the one team that looks to stand in the Steelers way of getting to the Super Bowl – the Patriots.

Pouncey’s comments are in the tweets below, ripping the Steelers all-time sack leader for leaving the team with one game to play.

Pouncey: "I'm pretty sure Deebo will be getting a lot of calls tonight."

When asked if Harrison became locker room problem: "It ain't no problem. A guy don't want to be here, we don't care. Bye. Have fun."#Steelers #Patriots @937theFan

While it is true that Harrison almost for sure was not happy about only playing in five games this season, for him to flat out ask to be let go is news to everyone outside the Steelers locker room.

Expect some words back by Harrison in this ongoing saga.