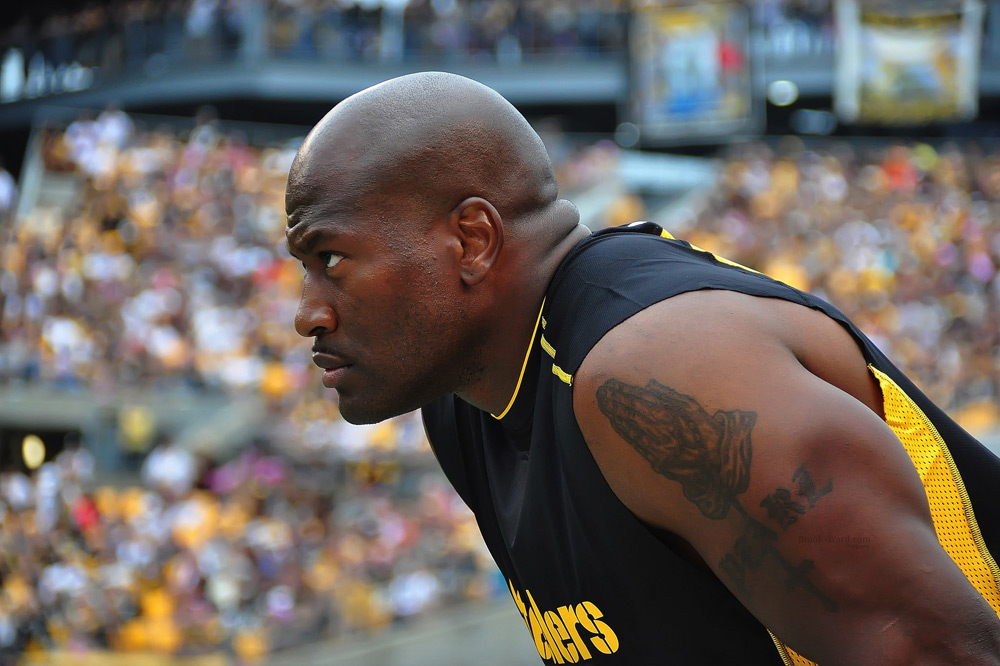 James Harrison is once again attempting retirement. This time, however, it’s expected that he’ll see it through, and we’ll have seen the last of the Steelers linebacker on the field. The two-time All Pro and five-time Pro Bowler announced his retirement on Instagram on Monday, April 16.

He posted a montage of photos of his sons, noting how much he’s missed them, and that his playing time is ‘’done”. Coming into the league as an undrafted player, Harrison became one of the best defensive players in the NFL. He now walks away from the game after a 15-year career.

Harrison played almost his entire football career with the Black and Gold, recording 80.5 sacks in the process (he has 84.5 overall). He spent 2013 with the Cincinnati Bengals and had a brief stint with the New England Patriots in 2017-18, making appearances in all three postseason games with New England, including Super Bowl LII.

Harrison may not have been much of a factor on the field for Pittsburgh last season, but the team will certainly miss his presence and leadership in the locker room. Pittsburgh could certainly use a younger Harrison right now, as it makes another bid for the Super Bowl in the upcoming 2017-18 season.

The odds aren’t good, at +1100.00, however, for those sports betting via BTC with a company like Sport.io. The Steelers haven’t been to the Super Bowl for a few years and will need Big Ben back to his best if they’re to make it back. They will also be hoping that they will manage to avoid their nemesis, the Patriots, in the process. In that scenario, Harrison would surely be rooting for the Steelers over the team he played less than a handful of games for.

Harrison briefly retired in 2014, only to make a return to the Steelers. He was a productive player until his late 30s, tallying five sacks or more from 2014-16. That isn’t bad when you consider that he was undrafted after coming out of Kent State, and spent the early part of his NFL career as primarily a special teams player. Harrison wasn’t the tallest player at 6 feet but made up for it with incredible relentlessness and strength that turned him into one of the league’s finest edge rushers. He was also a crucial cog of a Steelers team that made the Super Bowl three times, winning two between 2005 and 2010.

His heroics in Super Bowl XLIII, when he ran back an interception for 100 yards is one of the NFL’s all-time iconic plays.

At times, Harrison’s physical style of play landed him in hot water with the NFL. He was fined four times in 2010 alone, for what were called unnecessary or illegal hits. Harrison let his feelings known about NFL commissioner Roger Goodell, referring to him in a magazine article as “a crook”.

When Harrison first left Pittsburgh, he signed with the Bengals in 2013, but only had a bit-part role, which led to his first retirement the following year. That decision lasted just 18 days. He made his return to Pittsburgh after the team’s linebacker corps was decimated by injuries. Harrison became a leader, both on and off the field, often including fellow Steelers in his famous offseason workouts in Arizona.

At a position in the game where only a few make it into their mid-30s, Harrison exceeded expectations, continuing to thrive on the field. He ranked among the team’s top three in sack totals every year from 2014 to 2016. His big plays included a pressure that forced a Chiefs LT to Eric Fisher to be called for a hold, which negated a two-point conversion. The conversion would have tied the game, in the 2016 divisional round. The Steelers went on to play the New England Patriots in the AFC title game.

Last spring, Harrison signed a contract with the Steelers that would have meant his playing beyond his 40th birthday. However, he wasn’t much of a factor in 2017 and Pittsburgh released him at the end of the year. He was quickly scooped up by the Patriots, recording two sacks in his New England debut, and adding seven tackles in the postseason.