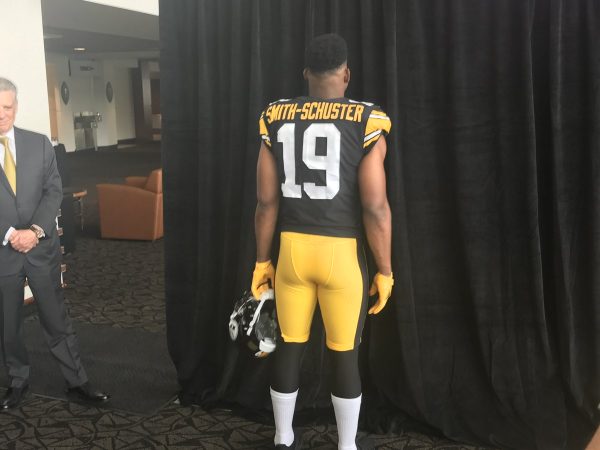 The Steelers today unveiled a new throwback uniform for the upcoming 2018 season, as they will pay homage to the 1978-1979 Super Bowl season with a jersey dedicated to it.

The throwbacks will be a black jersey with gold pants, pretty much like what the Steelers wear now with just a few differences. If you look at american-bets.com, the Steelers, throwbacks or not, should repeat as AFC North champs again in 2018.

The jerseys have block numbers and letters, which is the throwback to the two Steelers teams in 78 and 79 that won the franchises third and fourth Super Bowls.

So when will the Steleers wear the jerseys? For the teams home game in week eight against the Browns, which will be played on October 28th at Heinz Field.