James Harrison Fires Back at Steelers Over Release, Comments by Teammates 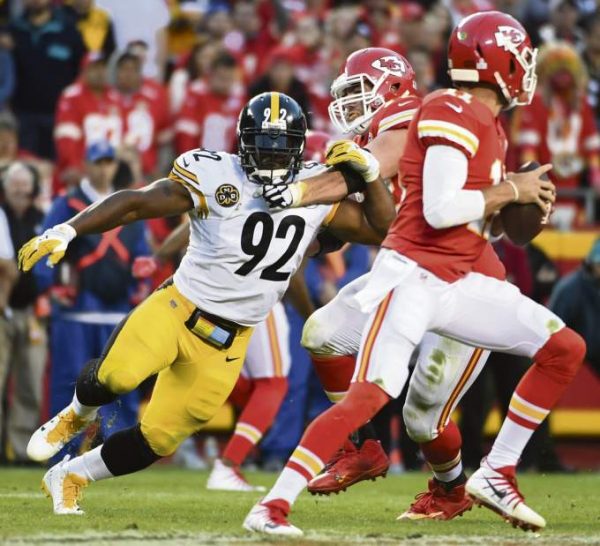 And the saga continues…

Today James Harrison, two days after a couple of his now former teammates came out with news that he was not exactly the best teammate this season, put out an Instagram post telling his side of the story in regards to the release.

If you want to read the entire four pages you can see his Instagram post HERE – but here’s what it says:

“At the beginning of the season, when it was clear I didn’t have a role any more, I asked to be released. Throughout the season, I was told week in & out that I’d be used. I wasn’t. I started getting frustrated about the whole thing. I asked to not be dressed or take unnecessary practice reps if I wasn’t going to play. That’s what happened for a [couple] weeks, then we had a game week that I got reps in practice and everyone assumed I would play. I got to the stadium four hours early as usual, and my locker was empty. Nobody said anything to me about being inactive, just an empty locker. I asked to be released again. I was told no.

“A couple weeks later, they dress me for the game so I assume I’m going to play, and I get zero reps. Stood on the sideline the whole game. I asked to be released again, I was told no. Then a few days later, they released me.”

Harrison then detailed how he landed with the Patriots, signing a one-year, $1 million contract on Tuesday.

“I was never told I would be brought back, it was: If I bring [you] back, be in shape. I cleared waivers [Monday] and they didn’t call. New England called.”

“Maybe I didn’t handle my frustration the best that I could’ve,” he wrote on Instagram. “If you haven’t learned anything about me over the last 16 years, I’m a competitor to my core. I live and breathe competition. I do what it takes to keep my body and my mind ready to be on that field.”

So basically Harrison is stating that he wanted to play, the team was ready to move on, and he asked for his release a number of times and the team didn’t give it to him.

Of course the Steelers didn’t have to release him, as in their minds, they wanted a player in reserve if someone got hurt, and in the case of when that happened, they decided still to go in a different direction.

There’s going to be plenty of opinions on the issue, but at the end of the day, Harrison wanted out, the Steelers said ‘no,’ and now there’s bad blood.

Such as life in the NFL.