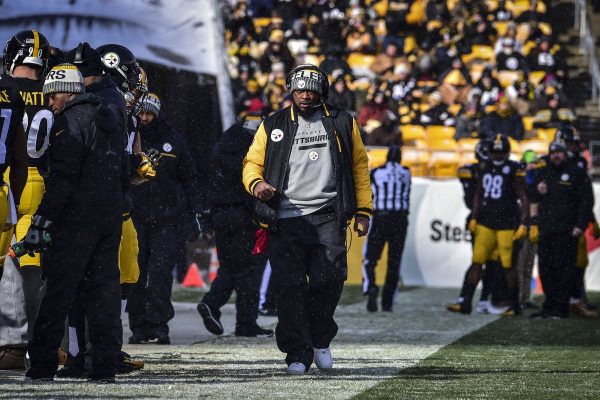 The Steelers road to the Super Bowl will start at Heinz Field, and now they know exactly when that first playoff game will be.

The 13-3 second-seed Steelers will play the highest-seeded team that survives next weekend’s AFC Wild Card games, with the first playoff game for the black and gold being at home on Sunday, January 14th at 1:05pm.

While their opponent is unknown, we know it will be one of these teams – the Jaguars, Chiefs or Titans. The Bills come into the playoffs as the 6th seed, and therefore if they win in Jacksonville on Sunday they will automatically play in New England as the lowest AFC seed.

A win for the Steelers and they will advance to the AFC Title game the next week, and if the Pats win their first playoff tussle it will be (like last season), in Foxboro.

Should the Pats lay an egg in their divisional game, the Steelers would host the AFC Championship Game. Wherever it’s played, the game will be on Sunday, January 21st at 3pm.

In all three of those seasons they won the AFC Title game at Heinz Field after the #1 seed was upset.