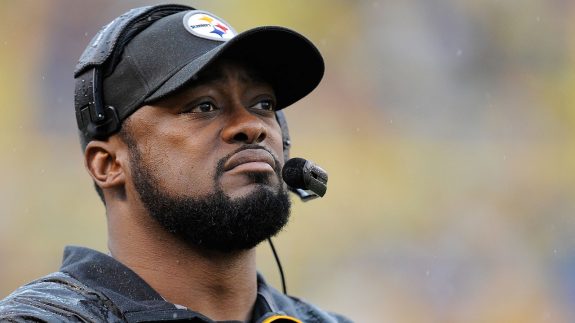 Roethlisberger said Wednesday after the AFC squad’s Pro Bowl practice that the Steelers were focused entering their playoff loss to the Jacksonville Jaguars.

“Any time you lose, there’s always going to be some comments made,” Roethlisberger said. “You’ll find anything, people will. I don’t think here’s any truth to that. I think guys were focused and ready to go. We weren’t the best on that day.”

Roethlisberger said he didn’t agree with the perception Tomlin did not inject the necessary discipline into his team for a playoff run.

Roethlisberger isn’t afraid to speak openly about the Steelers’ problems. He questioned the team’s discipline during a four-game losing streak in 2016 and said the Patriots “outcoached us, they outplayed us” in a 36-17 loss in last season’s AFC title game.

But he stressed he and Tomlin have a “great” working relationship, citing their 11 years together.

Roethlisberger — who was one of the league’s hottest quarterbacks late this season with an average of nearly 350 passing yards over his last seven games — is one of nine Steelers at the Pro Bowl, which also features Steelers coaches.

Roethlisberger is excited about working with Randy Fichtner, whom the Steelers elevated from quarterbacks coach to offensive coordinator. The Steelers have a loaded offense returning in 2018.

“The window we have is there,” said Roethlisberger about chasing championships.