What Improvements Can Steelers Fans Expect Next Season? 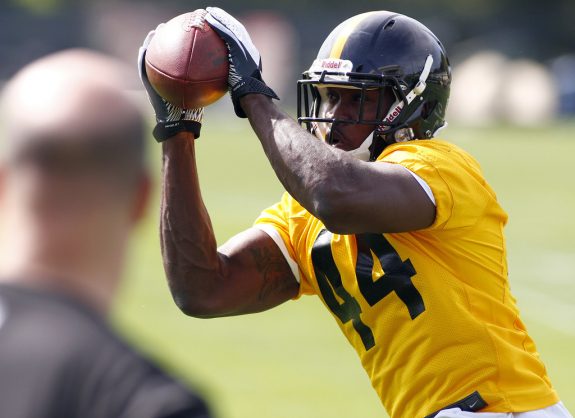 For many NFL teams, a fourth playoff appearance in a row along with back-to-back Divisional titles would represent a good season. However, fans of the Steelers have higher expectations than most, and they will look back on the 2017 season as a disappointment.

After three successive years of improvement, in which the Steelers moved closer to the Super Bowl every 12 months, 2017 was a backward step. That was disappointment enough, and the manner of the defeat to the Jaguars – and the complete chaos of the Steelers defense – added to the sense of anticlimax on the part of Steelers fans everywhere.

The defensive collapse towards the end of the season was not a complete surprise, given that the team has been reliant on a dominant offense for a while now, but given how strongly the defense had started the season, their tame performances in the final weeks were disappointing.

Against the Bengals, the Lions, and the Chiefs, the Steelers defense was on fire, but they couldn’t sustain that level of play. With the injuries to Joe Haden and Ryan Shazier, the defense was significantly weakened and began to fall apart, putting in their worst performance of the season when it mattered most against the Jaguars.

Yet despite the disappointing end to the season, fans looking to betting site Stakers.com to put a wager on the Steelers will find that they are once again rated as one of the main challengers to the Patriots for the 2018 season. However, if they are going to return to their best form, changes will be required – so what can Steelers fans expect next time around?

The most significant improvements are likely to come at linebacker. Vince Williams was one of the few bright spots for the Steelers defense, but he needs proper support. Whether that involves Sean Spence or bringing in reinforcements, the ILB spot needs shoring up. There’s also work to do at OLB. Beyond Bud Dupree and T.J. Watt, there are few high-class options, and we can expect the Steelers to bring in at least one starting outside linebacker in the offseason.

In a misfiring defensive unit, the performances of Mike Mitchell were also a concern. He was regularly caught out and looked slow at times. This may be due to an age-related decline or the accumulated effects of injuries picked up during the season, but we can expect Mike Tomlin to address the situation, either by reshuffling positions or bringing in new blood.

There isn’t much wrong with the Steelers offense, but one improvement that we can expect next season is a reshaping of the tight end options. Vance McDonald, Jesse James, and Xavier Grimble all have their strengths, along with significant weaknesses. James is also heading into a contract year, while McDonald has more than his share of injuries, so it would be no surprise to see some changes and an upgrade at tight end.

Though Todd Haley has brought some benefits to the Steelers offense and helped Ben Roethlisberger to cut down on the number of sacks that he was taking each season, the relationship between offensive coordinator and quarterback appeared to have completely broken down last season. With the abrasive Haley gone, the lines of communication between quarterback and coaching staff will improve significantly, while Roethlisberger will be freer to speak his mind on strategy and play calling.

The return of James Conner

At this stage, we don’t know how the team’s running-back depth chart will look in the autumn, but whatever happens with Le’Veon Bell, the running game will be given a boost of talent and enthusiasm with the return of James Conner. His determination and work rate are second to none, and assuming that he stays fit, Steelers fans should be able to start to see some of his potential fulfilled next season.

There is no doubt that there is work to do for the Steelers during this offseason, but Mike Tomlin will also know that the core of the team is strong, so small changes rather than a major overhaul are most likely. Steelers fans can expect to see significant improvements in defense next season, while the removal of Haley may lead to an even higher level of performance from Roethlisberger. There is no reason why Pittsburgh can’t improve on last season’s showing, and there is plenty for Steelers fans to look forward to in 2018.

Can the Steelers Afford to Let RB Le’Veon Bell Walk This Offseason?
The 2018 Steelers Season Schedule is Out – A Quick Glance at the Good and the Bad