Steelers Coach Mike Tomlin Not a Fan of Touchdown Celebrations 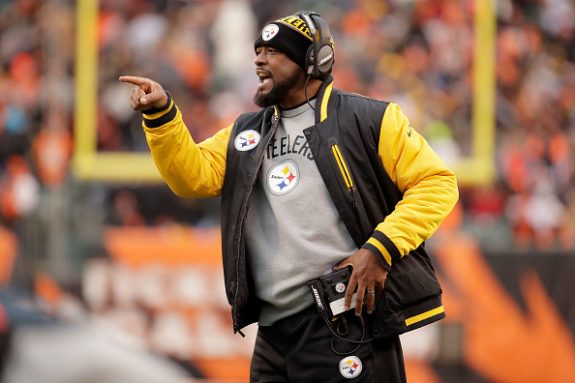 Steelers coach Mike Tomlin said he doesn’t like the end-zone celebrations that permeate the NFL and would prefer they not be allowed, Gerry Dulac of the Pittsburgh Post-Gazette reports.

Tomlin said he understands the celebrations were permitted last season for the entertainment of the fans but thinks they set a bad example.

“It’s not a good look for young people,” Tomlin said Tuesday at the annual coaches breakfast at the NFL owners meetings at the Ritz Carlton resort. “Young people aren’t allowed to celebrate in that way, so why should we?”

“It’s just my own personal feeling that young people can’t do it — kids can’t do it in high school games — so why do we?”