An Early Look at Week One: Can the New-Look Browns Give the Steelers a Fight in Cleveland? 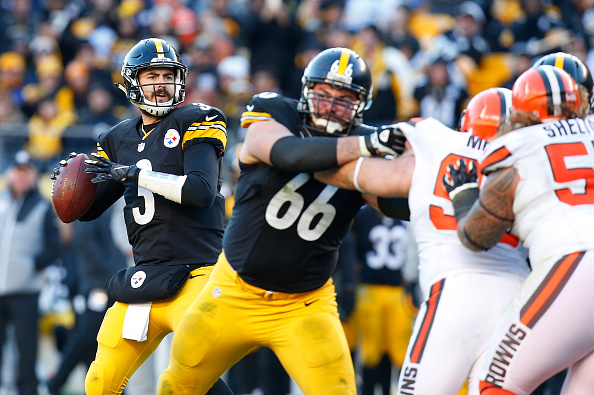 The Steelers road to the regular season will start with what will be a very interesting divisional game against the upstart Cleveland Browns, who are talking like a team that was ready to a playoff run last season, not one that failed to win an entire game.

The most interesting quote maybe of the entire first week of camp came from new Browns wide out Jarvis Landry, who stated “You’ll be lucky if we don’t score 40 on you, if we get everyone playing to their potential, we can win the Super Bowl this year.”

The quote didn’t go very far in making many think the Browns were going to hang with the Steelers in week one, as if you check Popular websites like OLBG.com’s free bet page have made it easy for fans> to see that the black and gold is still a full touchdown favorite to win the opener.

Yes Cleveland is going to look very different in 2018 as they finally have a quarterback in place that might be able to produce some offense in former Bills QB Tyrod Taylor.

Taylor comes to Cleveland to lead the Browns offense off a season in which he led Buffalo to the playoffs, but of course Steeler fans know all too well that he wasn’t able to get the job done, losing an ugly game to the Jaguars in Jacksonville, which of course set up the Steelers losing the next week at home to the Jags.

Cleveland made some other upgrades on offense, which included running back Carlos Hyde, who came to the team via free agency from the San Francisco 49ers. The Browns also still have scat back Duke Johnson, who can make some things happen when they get him the ball.

The biggest rumor as of late for the Browns is that they are going to bring in wide out Dez Bryant, who remains unemployed after being released by the Cowboys in the spring.

The reason for Bryant to possibly be coming in is the fact the Browns are not all that sure if they will have the services of wide out Josh Gordon, who is ‘sitting out’ from the team right now as he tries to stay sober.

Gordon had such a huge season back in 2013, beating out Antonio Brown for the most receiving yards in the AFC, but since then has not played much due to suspensions and abuse issues.

If the team can get Gordon back, their offense can make some noise.

The Steelers will have their work cut out for them in the opener, and it will be interesting as Le’Veon Bell sits out camp yet again if the team is going to have some early struggles themselves on offense come September 8th.

Video: Golic and Wingo Break Down the NFL’s Top Tier QB’s – State that Ben Roethlisberger Isn’t on the List
Conner Steps Up, But Turnovers Doom the Steelers in an Ugly 21-21 Opening Day Tie in Cleveland