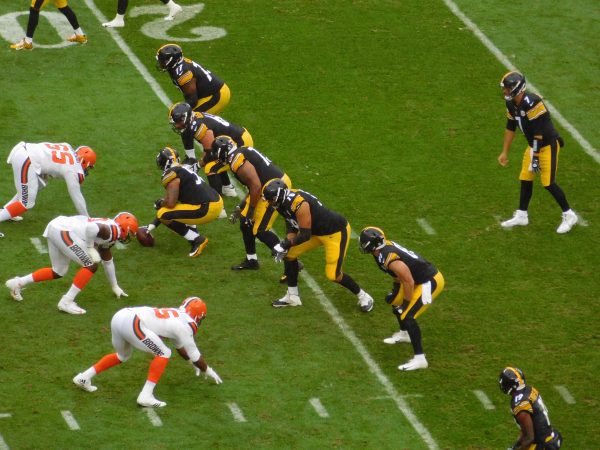 CLEVELAND – Last season the Steelers were not sharp in their season opener against the Browns, but did enough for a 21-18 win over their AFC North rivals.

Sunday in a driving rain there was no suck luck, as the Steelers gave the ball away a mind-numbing six times, and needed a blocked field goal by T.J. Watt with :13 seconds left in overtime to survive a 21-21 tie in Cleveland.

It’s the first opening day tie in the NFL since 1971, as the Broncos and the Dolphins played to a 10-10 tie to start the season.

Now 47 years later, the Browns and Steelers will wake up on Monday each with a mark of 0-0-1.

Here’s takeaways from the ugly opening day contest, as the Steelers will now get ready for their home opener on Sunday at Heinz Field against the Chiefs.