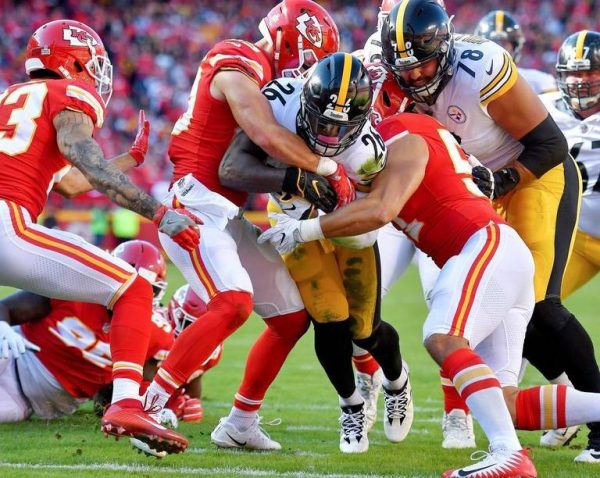 Things seem to be getting no better in the saga between the Steelers and running back Le’Veon Bell, as again this week he will not be on the field for the team as they take on the Kansas City Chiefs in the home opener at Heinz Field.

Even without Bell, when you look at nevada online sports betting, the Steelers are 5.5 point favorites to take home a win and get to 1-0-1 on the season.

There’s no bigger storyline though right now than the absence of Bell, who is leaving a ton of money on the table, and right now there’s no clue as to when he’s finally going to return to the team.

Austin Knoblauch of NFL.com reports that there was a recent chat between former Jaguars running back (and now media member) Maurice Jones-Drew and Bell, and that Bell does like the city of Pittsburgh as well as the teammates that have gone out of their way to say some rather not so nice things about him in the last week.

With not being on the roster, Bell is leaving a massive deal on the table, $14.54 million as the teams’ franchise player. The two sides were not able to come to a long term deal, as Bell thinks that he’s worth $15 mil per season, but right now the Steelers just don’t want to make that fiscal commitment.

Bell will have to make it back to the team by the 10th week of the season, as if he doesn’t he wont have a complete season in the books, meaning that he would have to play another season in Pittsburgh, and again likely would get the franchise tag, and this whole mess would have to play out again.

Another interesting aspect to the Bell drama is that of James Conner, who was outstanding minus one fumble during the Steelers 21-21 tie with the Cleveland Browns Sunday in Cleveland.

Conner had over 130 yards, and with him the team seems to feel just fine with Bell sitting and watching.