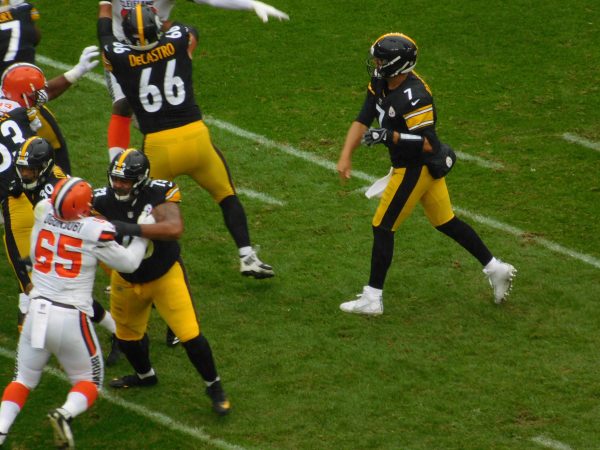 Talk about an awful day, Steelers QB Ben Roethlisberger looked like he never got on track, and while he threw for 335 yards, he also was picked off three times, and fumbled twice including once in overtime that nearly lost the team the game.

He tried to force a ball in triple coverage driving in the first quarter, and later on tried to go deep to Antonio Brown but there was obvious miscommunication as Brown ran in the totally wrong direction for an easy pick for the Browns.

Yes the weather had something to do with it, but this was one awful outing for the usual dependable Steelers QB, who will look to rebound next week.