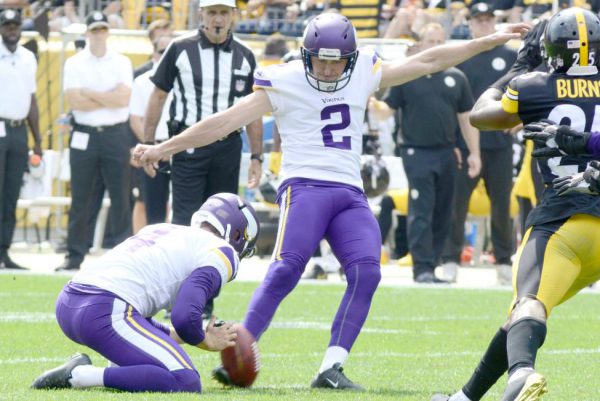 It sounds like the future for kicker Chris Boswell is murky at best at this point in terms of him remaining on the Steelers roster, as reports say the team’s workout of Kai Forbath might just spell the end for ‘The Boz.’

Forbath’s workout with the Steelers was impressive by all accounts on Wednesday, as the Steelers are keeping Forbath “on hold” while they determine a course of action with Boswell.

If you look at most places online the chances of Boswell keeping his job are probably thin at best. He’s been stat wise the worst kicker in the AFC this season, with a NFL high 11 misses. He’s not only missing, he’s missing badly as well.

What does Boswell have to do to keep his job? ESPN’s Jeremy Fowler says that his practice at the South Side complex on Thursday could seal his fate one way or anther.

Sunday in the Steelers third straight loss in Oakland, Boswell missed two field goals and an extra point, basically again costing the Steelers the game in the three-point loss.

Boswell has missed six field goal attempts and five extra points, all this after signing a huge deal this offseason. If you’re betting the situation, the Steelers will have a new kicker on Friday.